Shubman Gill went past Virat Kohli to become the youngest-known captain to lead a side in Deodhar Trophy final. 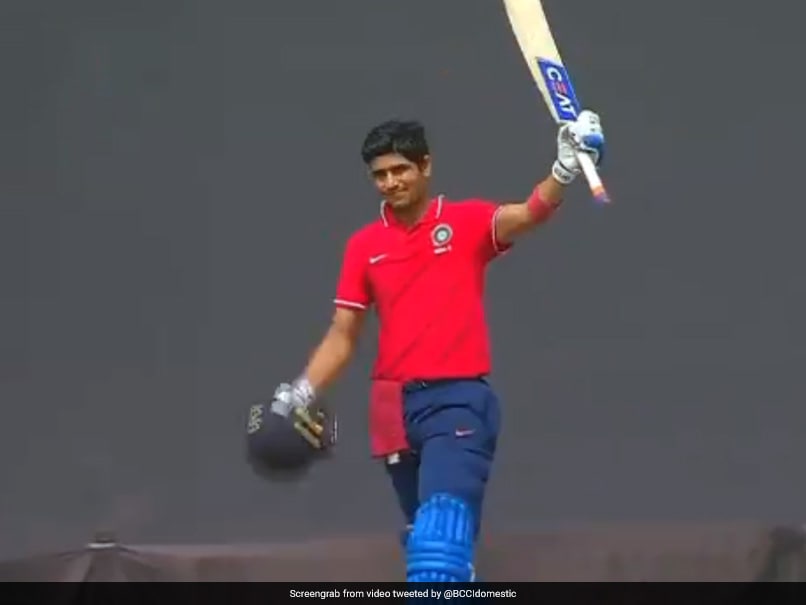 Shubman Gill, who is captaining India C in the Deodhar Trophy, broke Virat Kohli's 10-year old record as he led his side in the final of the domestic tournament. Shubman Gill, 20-year-old, became the youngest-known captain to lead a side in the finals of Deodhar Trophy. India skipper, Virat Kohli, had captained North Zone in the final back in the 2009-10 season at the age of 21. Though it was a special occasion for the youngster, Gill could not contribute much with the bat in the summit clash against India B as he edged one straight to Yashasvi Jaiswal off Mohammed Siraj's bowling in the second over.

Virat Kohli's state mate Unmukt Chand is third on the list as he was the captain at the age of 22 when he led India B in the final of Deodhar Trophy in 2015.

In 2009, Virat Kohli led his side to a comfortable victory as North Zone defeated West Zone to clinch the coveted trophy.

Shubman Gill started the tournament with an impressive knock of 143 against India A on Friday but could only manage a couple of runs in his next two outings in the domestic tournament.

In the match, Kedar Jadhav and Yashasvi Jaiswal scored fifties to help India B post 283 for seven on the board. Chasing 284 for the win, India C lost five wickets inside 18 overs and needed 167 runs in 24 hours at the time of writing.

Ishan Porel was the star with the ball for India C who claimed a five-wicket haul for the second time in List A cricket.

Virat Kohli Shubman Gill Cricket
Get the latest updates on Olympics 2020, Olympics 2020 Medal Tally, Live Cricket Score . Like us on Facebook or follow us on Twitter for more sports updates. You can also download the NDTV Cricket app for Android or iOS.