Manipur finished the day with a lead of 190 runs as Mizoram were bowled out for just 65. 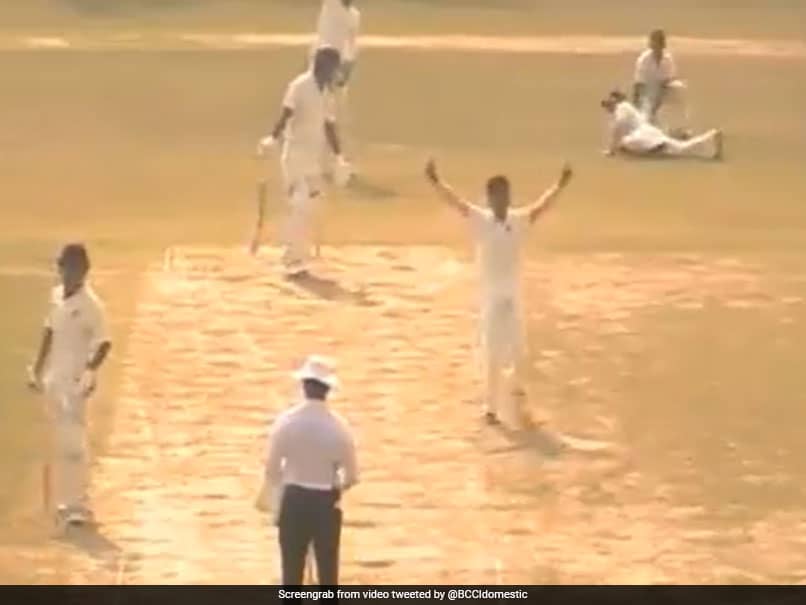 Left-arm seamer Rex Singh picked up 8 for 22 as Manipur bowled out Mizoram for a paltry 65 on a dramatic opening day of the Plate Group Ranji Trophy match in Kolkata on Monday. The 19-year old Rex, who took all the ten wickets in an innings in a Cooch Trophy match last December, ran through the Mizoram line-up in a brilliant pace bowling spell as Manipur, who chose to field, needed just 16 overs to end their rivals' innings. Six Mizoram batsmen were out for nought while only three could come up with double-digit score.

Rex Singh was also a star with the bat as he remained not out on 58 at the draw of stumps. Opener Chingangbam Singh hit 89 from 161 balls with the help of 16 boundaries to emerge as the top-scorer for Manipur on day one.

In another Plate Group match, debutants Chandigarh took early control over Arunachal Pradesh by taking an 89-run lead at the end of the first day at Chandigarh.

In response, Chandigarh openers Arsalan Khan and Shivam Bhambri slammed tons to reach 236 for 1 in 38 overs. Bhambri hit 105 off just 91 balls, while Khan remained not out on 119 off the 131 deliveries he faced.