Prithvi Shaw neither fielded nor came out to bat on Day 2 of Mumbai's Ranji Trophy game against Karnataka. 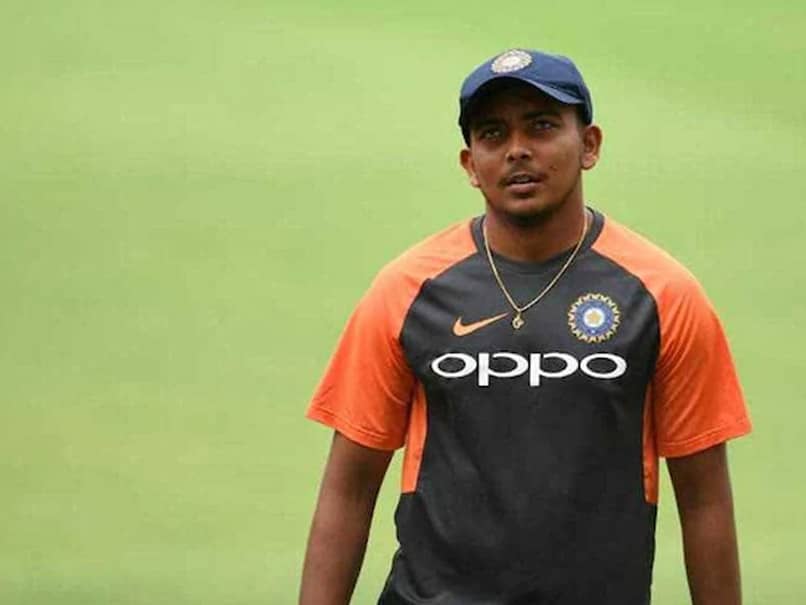 Prithvi Shaw's New Zealand tour with India A team was on Saturday thrown into jeopardy after the young Mumbai batsman was rushed to National Cricket Academy (NCA) for an assessment of his shoulder injury. Shaw had hurt his left shoulder while saving an overthrow on the opening day of Mumbai's Ranji Trophy game against Karnataka on Friday. He neither fielded during the second day nor he came out to bat and later left for Bengaluru.

Shaw was named in both India A squads for the upcoming New Zealand tour. The team is set to leave on January 10.

"He has been called to NCA. Mumbai Cricket Association got an email from the BCCI. He has left for Bengaluru. He couldn't even lift his hand. He has a tear in the shoulder. That much is known," said Ajinkya Naik, Mumbai team's manager.

"He was not in a position to bat. How serious is the injury will be known at the NCA," Naik added.

Shaw had underwent an MRI scan in presence of Mumbai's physio on Friday.

Karnataka resumed their innings on their overnight score of 79 for three and were eventually bundled out for 218, taking a first-innings lead of 24 runs.

In the tournament opener against Baroda, the 20-year-old scored 66 and 202 while against Railways, he managed 12 and 23

In the ongoing match against Karnataka, he scored 23 in the first innings.

India Cricket Team Prithvi Shaw Cricket
Get the latest updates on IPL 2021, IPL Points Table , IPL Schedule 2021 , live score . Like us on Facebook or follow us on Twitter for more sports updates. You can also download the NDTV Cricket app for Android or iOS.