Prithvi Shaw has been named in India A squad for three one-day games as well as two four-day games, while Hardik Pandya has only been included in the 50-over format. 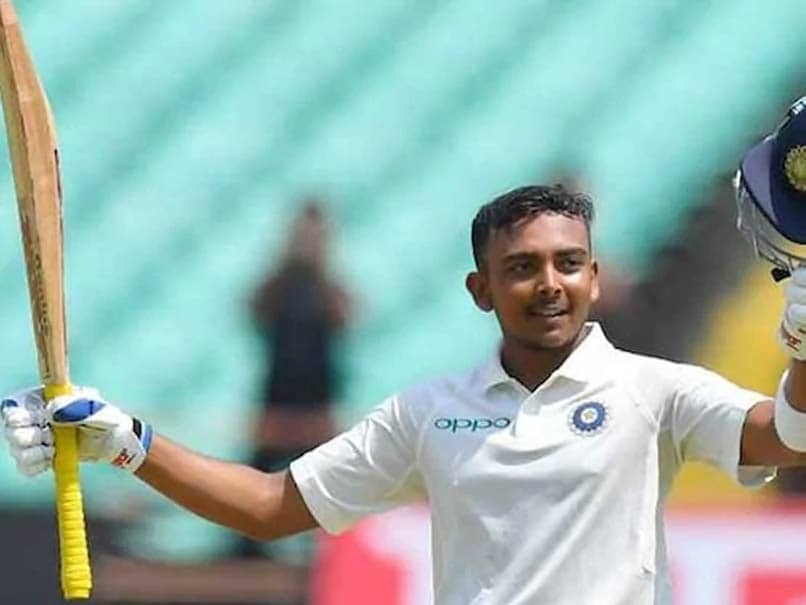 Prithvi Shaw had made a memorable Test debut last year against the West Indies.© AFP

The in-form Prithvi Shaw on Monday took another step towards an India comeback after being named in the A squad for the tour of New Zealand. The 20-year-old has been named in the squad for three one-day games as well as two four-day games. Shaw has been in sublime touch since returning from an eight-month doping ban last month. The youngster made a spectacular double hundred in Mumbai's Ranji Trophy-opener against Baroda.

Though India have a settled opening pair in Rohit Sharma and Mayank Agawal, Shaw could make the Test squad for the New Zealand series as a reserve opener.

After picking the India A squad for the tour of New Zealand, selection committee chairman MSK Prasad made it clear that they want Shaw to get as much "game time as possible".

Shaw had made a memorable Test debut last year, scoring a hundred against the West Indies in Rajkot.

Hanuma Vihari will captain India in the first-class games in New Zealand and Shubman Gill in the 50-over format.

Test specialists like Ravichandran Ashwin, Ajinkya Rahane, Umesh Yadav and Ishant Sharma will get much needed match time in New Zealand ahead of the two-Test series, beginning in Wellington on February 21. The second Test will be played in Christchurch from February 29.

"As we have set the system, Ajinkya Rahane, Ravichandran Ashwin, Ishant Sharma, Umesh Yadav and Mayank Agarwal will play the second A game," said Prasad.

Agarwal has been picked for both one-dayers as well the two four-day matches. All-rounder Hardik Pandya, who has been recovering from his back surgery, has been named in the one-day squad and is expected to make a national comeback during the tour of New Zealand.

"(As for) Hardik, we will have a look at him in the third week of January," Prasad added.

Hardik Pandya Mayank Agarwal Shubman Gill Cricket Hanuma Vihari
Get the latest updates on IPL 2020, check out the IPL Schedule for 2020 and Indian Premier League (IPL) Cricket live score . Like us on Facebook or follow us on Twitter for more sports updates. You can also download the NDTV Cricket app for Android or iOS.