The duo of Hardik Pandya and Jasprit Bumrah had refused to undergo rehabilitation at the NCA post injury. 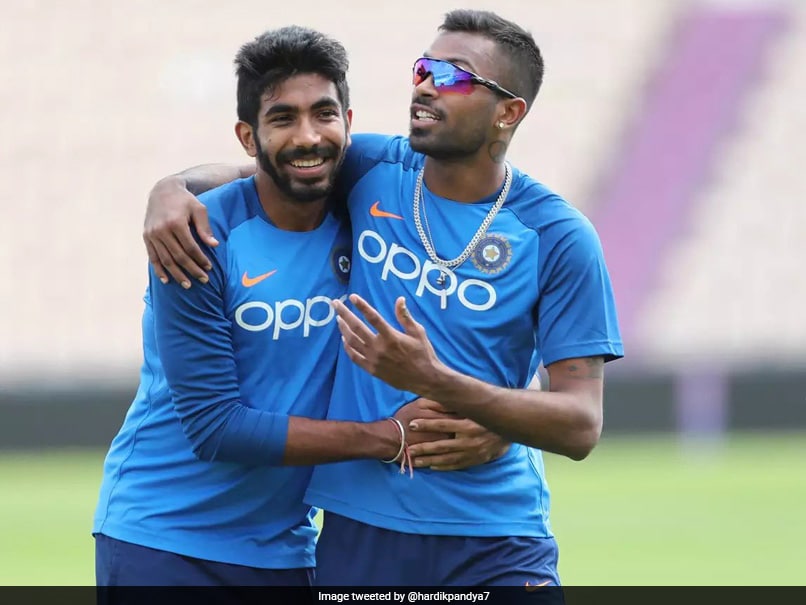 Hardik Pandya and Jasprit Bumrah are out of action due to back injuries.© Twitter

Bhuvneshwar Kumar being diagnosed with a sports hernia has once again opened the Pandora's Box. While the diagnosis raises question mark over the team of specialists working at the National Cricket Academy (NCA) as they had recently given him a clean chit, it has now also come to the fore that the duo of Hardik Pandya and Jasprit Bumrah had refused to undergo rehabilitation at the NCA post injury. Speaking to IANS, a BCCI functionary revealed that while the protocol says that both the contracted players should have been at the NCA for rehab, the players made it clear to the team management that they wouldn't be going to Bengaluru.

"Both Pandya and Bumrah made it clear to the team management that they wouldn't wish to go to the academy for rehabilitation and that is why while Yogesh Parmar kept an eye on Pandya, Nitin Patel studied every process that Bumrah followed during the rehab. Yes, they are contracted players and they should have been at the NCA, but the stakes are high and for a sportsperson injuries are a serious matter. So, beyond a point you have to allow them to take a call that they are comfortable with," the functionary revealed.

In fact, with India trainer Nick Webb busy with the team, both Bumrah and Pandya underwent training under Delhi Capitals trainer Rajnikanth Sivagnanam rather than heading to the NCA. Rajnikanth was in the race for the post of India trainer and was beaten to the post by Webb.

Coming back to Bhuvneshwar, the pacer has been at the NCA on and off post the World Cup as he has looked to gain 100 per cent fitness. But the team at the NCA failed to spot the issue and just two games into his return to the national side -- against the West Indies -- he started complaining of discomfort.

"He was at the NCA for close to three months and without getting into details on the number of tests done on him in Bengaluru, all I will say is that he was checked for all possible issues. But strangely, the sportsman's hernia wasn't diagnosed. And no sooner was he tested in Mumbai that it was caught. Now make what you will of this.

"Interestingly, this isn't the first time that a player has had to face this sort of an issue at the NCA. Wriddhiman Saha episode is there for all to see and now we have a scenario where Bhuvi will miss a crucial series against New Zealand and we all know what he brings to the table in conditions which aid swing and seam. He will have to undergo a surgery and should be back in time for the Indian Premier League," the functionary explained.

"Thankfully, Bhuvneshwar was quick to inform the team management of the discomfort and Nitin and the support staff was quick to look into it and get him tested in Mumbai. We did follow the protocol and he was only brought into the unit after he was declared fit and available by the NCA."

Jasprit Bumrah Cricket
Get the latest updates on ICC T20 Worldcup 2022, check out the Schedule and Live Score. Like us on Facebook or follow us on Twitter for more sports updates. You can also download the NDTV Cricket app for Android or iOS.