Rishabh Pant To "Work Under Specialist" To Improve Wicket-Keeping Skills

Chief selector MSK Prasad has said that Rishabh Pant will have to work on his skills and that is why he will train under a specialist wicket-keeping coach. 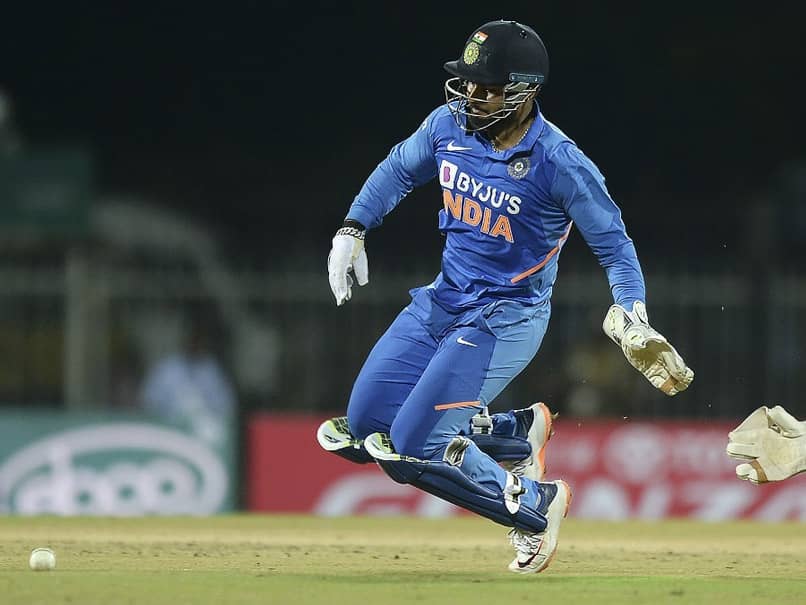 Rishabh Pant has been drawing a lot of flak for his wicket-keeping skills.© AFP

Rishabh Pant, who could not make a significant contribution with the bat in the 3rd and final ODI between India and the West Indies in Cuttack on Sunday, was at the receiving end once again because of his sloppy glovework.

Although Rishabh Pant has been receiving a lot of criticism on social media, the legendary West Indies batsman Brian Lara feels that the youngster should be allowed to express himself.

"As a 21 (22) year-old, Rishabh Pant has a lot of unnecessary pressure. When I was 21, I did not have that much pressure. I was sitting down on the bench... you know... cleaning Sir Vivian Richards's boots or doing something... getting ready to play international cricket," Lara had said.

"I think the burden is unnecessary. He should be allowed to play and allowed to express himself. Don't feel it's a do-or-die situation," Lara added.

Even the Indian skipper Virat Kohli had said that it was disrespectful to see the crowds chanting MS Dhoni's name instead of cheering for Pant.

Prasad, however, remained tight-lipped when asked if Dhoni, who is currently on a sabattical from cricket, would be available for selection anytime soon.

"I can't comment on that. Mahi has to first play to be available for selection," said Prasad.