Ranji Trophy: Shubman Gill refused to walk off the field after being given out and got into an argument with the umpire, leading to his dismissal being overturned. 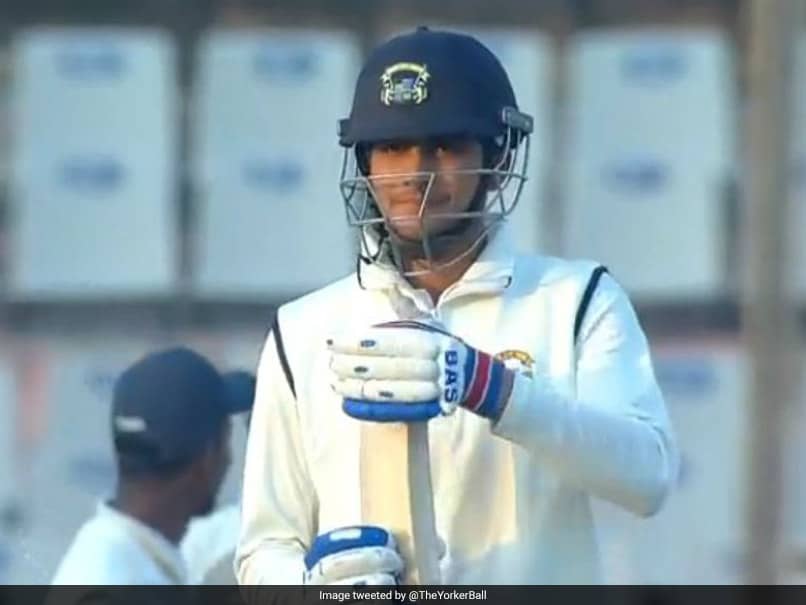 Shubman Gill refused to leave the field after being given out by the umpire.© Twitter

Talented India batsman Shubman Gill, playing for Punjab, hogged all the limelight in the Ranji Trophy on Friday for all the wrong reasons as he allegedly "abused" the umpire after being given out and refused to walk off the field during their match against Delhi at the IS Bindra Stadium in Mohali. Shubman refused to walk off after being adjudged out by Mohamad Rafi and walked up to the umpire and had a heated discussion with him. Following this, the umpire overturned his decision.

The decision to overturn the wicket, however, did not go down well with the Delhi team and it was reported that they walked off the field and play was halted. Match Referee P. Ranganathan had to intervene and after a brief stoppage, play was resumed.

The 20-year-old Punjab opener was eventually dismissed by Simarjeet Singh. Shubman, after scoring 23 runs of 41 balls, was caught by Anuj Rawat.

Delhi and District Cricket Association secretary Vinod Tihara made it clear that the matter ended there and there was no question of bringing the matter up with the match referee.

"No, the team will not lodge any complaint with the match referee as we believe that the matter ended then and there. The boys just wanted clarity on why the decision was reversed and that was all there is to the matter. No question of stretching the matter and honestly, there was no walk-off either. It was just about getting a clear picture as to what happened," he told IANS.

Elsewhere, Mumbai's travails continued as they were skittled out for 194 against Karnataka. Skipper Suryakumar Yadav top-scored with 77 as the rest of the batsmen including India's Test vice captain Ajinkya Rahane (7) and Prithvi Shaw (29) failed.

Shaw survived an injury scare in an attempt to stop an overthrow, as he hurt his left shoulder and walked off the field. Karnataka were 79/3 at stumps with R Samarth (40 batting) and captain Karun Nair (0 batting) at the crease.

For Mumbai, SZ Mulani got both Karnataka openers in the 20th over of the innings, his fifth and looked good at the end of the day's play.

Meanwhile, for Assam, 18-year old Riyan Parag hit a maiden first-class century, an unbeaten 104 off 219 balls -- his first hundred in senior representative cricket -- holding his team together against Uttarakhand. Assam were 237/5 at stumps in the Group C tie.

India Test batsman Hanuma Vihari got out for a duck, lasting just four balls, before being caught behind off Rituraj Singh, who struck twice in his third over as Andhra were reduced to 61/2 and finished on 82/2 after dismissing Rajasthan for a paltry 151.

Krunal Pandya-led Baroda scored 204 riding Deepak Hooda's 86 and then Railways were 24/2 at close of play.

Kerala were tottering at 126/7 against Hyderabad while Himachal were bowled out for 175 by Madhya Pradesh who were on 87/4 at stumps on Day 1.

Maharashtra were all out for a shocking 44 against Services who were 141/4 at stumps as the Bengal and Gujarat players stayed indoors due to rain in Kolkata where not a ball was bowled.

Tripura and Odisha also met the same fate as did Chhattisgarh and Haryana in Raipur. In Kanpur, Uttar Pradesh and Tamil Nadu was also washed out.

Comments
Topics mentioned in this article
Shubman Gill Prithvi Shaw Cricket
Get the latest updates on IPL 2021, IPL Points Table , IPL Schedule 2021 , live score . Like us on Facebook or follow us on Twitter for more sports updates. You can also download the NDTV Cricket app for Android or iOS.