Ranji Trophy: Bengal crushed Hyderabad by an innings and 303 runs inside three days, while Delhi need 337 runs to beat the defending champions Vidarbha with 10 wickets in hand. 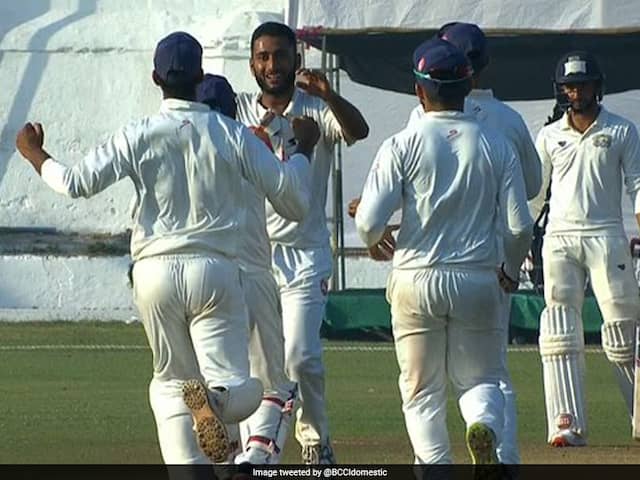 Akash Deep and Manoj Tiwary starred for Bengal to crush Hyderabad by an innings and 303 runs in a Round six Ranji Trophy tie in Kalyani, West Bengal, on Tuesday. After being bowled out for just 171 runs, the visitors failed to show some spirit as the hosts registered an impressive victory with Akash emerging with a four-fer in the second innings too. Earlier, Manoj Tiwary's impressive 303 had guided Bengal to post a mammoth 635/7(d) in their first essay.

In Delhi, the hosts need 337 runs for a victory with 10 wickets in hand after ending the third day at 10/0 against Vidarbha at the Arun Jaitley Stadium on Tuesday.

Punjab, on the other hand, were 133 runs away from registering a win after closing the day's play at 87/4 against Gujarat in Valsad.

Rajasthan too, were on the winning side as they registered a win by an innings and 96 runs against Kerala in Thiruvananthapuram. After bowling out the hosts for a paltry 90 runs, the visitors once again wrapped them up for just 86 runs, thanks to SK Sharma's scintillating figures of 6/48.

Tamil Nadu also ended the round on a winning note as they thrashed Railways by an innings and 164 runs in Chennai.

In reply to Himachal Pradesh's 496, Baroda were 150/2 with Vishnu Solanki and Yusuf Pathan batting on 85 and 21 runs respectively.

Sarfaraz Khan hit an unbeaten 132 while Siddhesh Lad contributed with a healthy 98 to help Mumbai remain in the contest against Uttar Pradesh at the Wankhede Stadium. Earlier, stumper Upendra Yadav (203) took the visitors to 625/8 in their first essay.