Ishant Sharma will go to the National Cricket Academy in Bengaluru for rehabilitation after hurting his ankle, with the extent of the injury still not known. 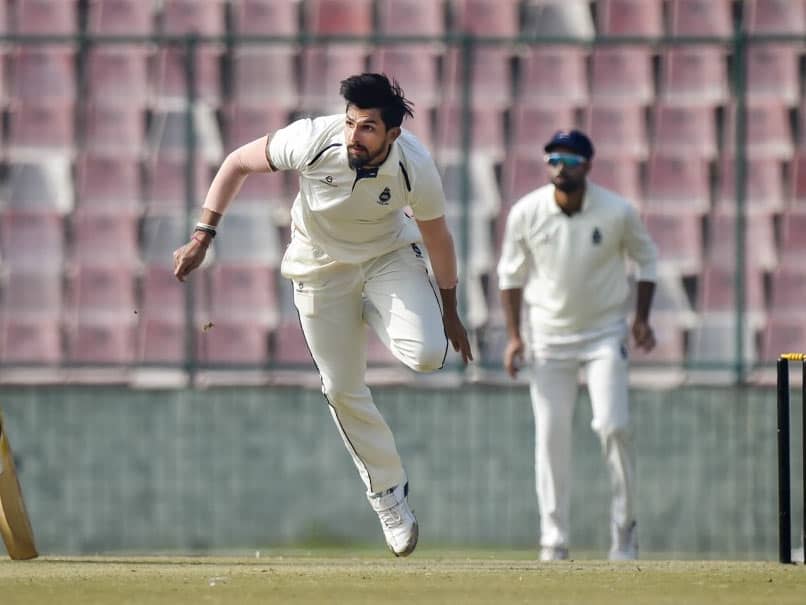 Ishant Sharma is expected to be a part of India's Test squad for the series against New Zealand.© PTI

India's senior-most pacer Ishant Sharma hurt his ankle badly while bowling during a Ranji Trophy game here on Monday, raising doubts over his availability for the upcoming Tests in New Zealand. Spearheading the Delhi attack, the 31-year-old suffered the injury in the fifth over of Vidarbha's second innings and his third. "Ishant has twisted his ankle and has swelling. It's looking pretty bad at the moment. We will not risk him again in this match. Let's hope it's not a fracture," a senior Delhi team management member told PTI on the condition of anonymity.

"If it's pure swelling, he will be fit in some days. He needs to go to NCA obviously and get his rehab done along with RTP (Return To Play) certificate," he added.

It was a short delivery, which rival skipper Faiz Fazal tried to pull only to see it hit his pads, prompting an optimistic Ishant to vociferously appeal on the follow through before slipping suddenly.

Ishant looked in real pain as he hobbled off the ground with the help of support staff. His condition needed immediate medical attention.

The pacer had taken three wickets for 45 runs in Vidarbha's first innings.

The veteran of 96 Tests is expected to be in the Test squad for the New Zealand tour and this is his last Ranji game of the season. His next outing is supposed to be a practice match in Hamilton but in case the injury turns out to be serious, he will be going to the National Cricket Academy (NCA) for rehabilitation.

India are scheduled to play two Tests in New Zealand, from February 21-25 and February 29 to March 4, respectively.