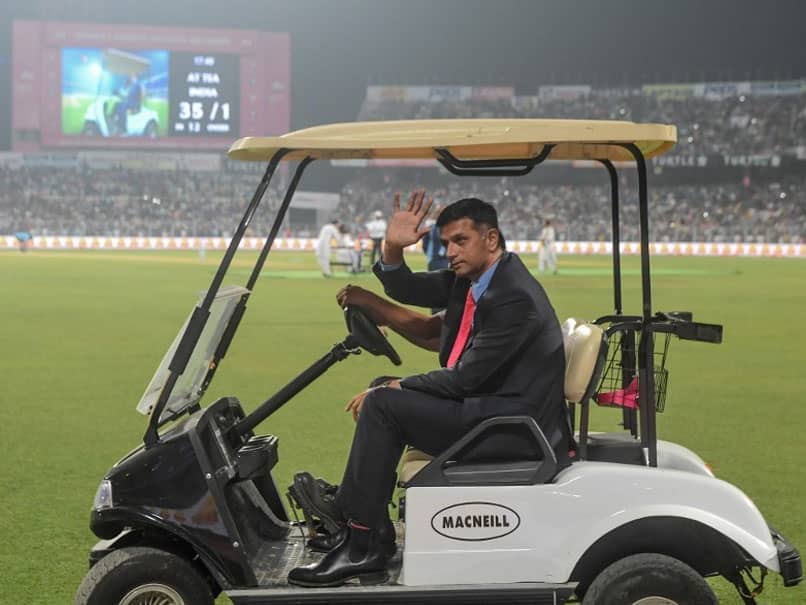 Rahul Dravid, former India captain, turned 47 on Saturday with wishes pouring in from all parts of the globe for the legendary batsman. The Board of Control for Cricket in India (BCCI) posted a video of Rahul Dravid's special knock against New Zealand when the stylish right-hander achieved his highest ODI score of 153 in Hyderabad on November 8, 1999. Former teammates like VVS Laxman, Harbhajan Singh and well-known commentator Harsha Bhogle too tweeted along with numerous other fans, wishing the batting maestro on his 47th birthday.

The BCCI revisited Rahul Dravid's most memorable ODI knock where he along with Sachin Tendulkar smashed the New Zealand bowling attack to all parts of Hyderabad as India amassed a mammoth 376 for two.

Dravid was dismissed for 153 -- his highest ODI score and the only 150-plus score in the 50-over format -- while Sachin Tendulkar remained unbeaten on 186. The duo put on a 331-run partnership for the second wicket after Sourav Ganguly was run out in the second over.

New Zealand were bowled out for a paltry 202 in 33.1 overs as India registered a massive 174-run win.

Wishing The Wall - Rahul Dravid a very Happy Birthday. His exploits in Test cricket are well known but we thought we would relive one of his knocks in ODIs against New Zealand.
#HappyBirthdayRahulDravidpic.twitter.com/psUsTPw8Xt

Dravid's middle-order partner VVS Laxman posted a picture of the duo to wish his "good friend" while another teammate Harbhajan Singh dubbed him a "legend".

Wishing my good friend Rahul Dravid a very special birthday and a wonderful year filled with love,happiness and prosperity. pic.twitter.com/0zx7cmi5S1

When I was a kid, I felt how boring this man is, and when I grew up I came to know how a boring boy I was to not enjoy The Wall batting
If the temple is closed, even the God is behind the wall..
Thank you for many memories#RahulDravid#HappyBirthdayRahulDravid pic.twitter.com/HVCafb3FJr

Dravid is regarded as one of India's most successful batsmen, especially in the Test arena.

The right-hander played 164 Tests, scoring 13,288 at an average of 52.31 with 36 centuries and 63 half-centuries to his name. He also took 210 catches in the longest format of the game and is regarded as one of the best slip fielders ever.

Sachin Tendulkar Mohammad Kaif Harbhajan Singh Cricket
Get the latest updates on IPL 2021, IPL Points Table , IPL Schedule 2021 , live score . Like us on Facebook or follow us on Twitter for more sports updates. You can also download the NDTV Cricket app for Android or iOS.