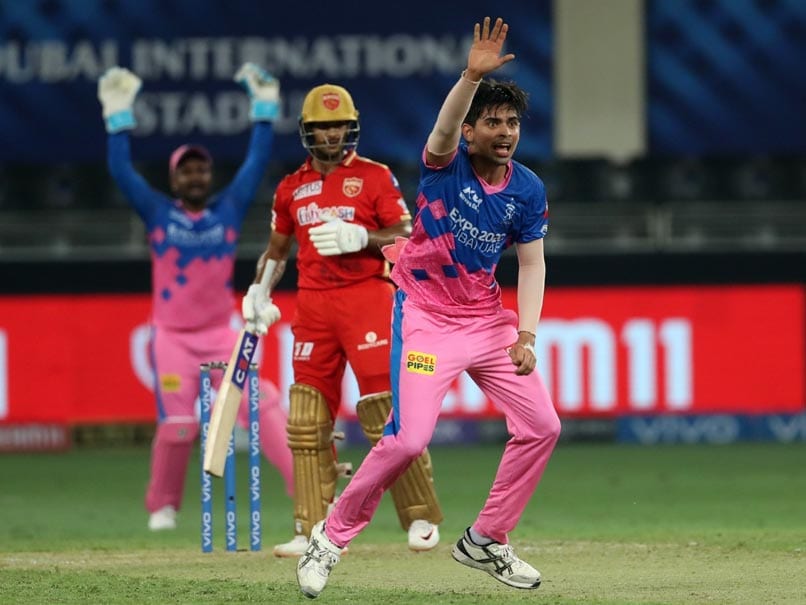 Kartik Tyagi defended four runs in the final over against Punjab Kings on Tuesday.© BCCI/IPL

"That is quite possibly the greatest last over that I have seen. Tyagi bowled an absolute stonking over. Two wickets, one run, defending only four. I'll take my hat off to him," Swann said during the post-match analysis for the official broadcasters Star Sports.

"The third ball of the over was a brilliant one for me. Very full and then the caught behind happened. When the right-hander came in, he saw it and stepped across. I heard Sunil Gavaskar saying that it could have been a wide but not for me because the batsman stepped wide and followed him. Three off the last ball and now the pressure was on and that was an absolutely perfectly executed yorker to wrap up the game," Swann added.

Former India wicketkeeper-batsman Parthiv Patel too was in awe of the young pacer and said that the execution of his plan was top-notch.

"Every time now when there would be 4-5 runs needed in one over, we will be talking about 'can he pull off a Kartik Tyagi?' The execution from him was top class," Parthiv said.

Rajasthan Royals Kartik Tyagi Graeme Swann Cricket IPL 2021
Get the latest updates on SA vs IND 2021-22, check out the Schedule and Live Score . Like us on Facebook or follow us on Twitter for more sports updates. You can also download the NDTV Cricket app for Android or iOS.