Pakistan vs World XI: Darren Sammy Applauds Hassan Ali After Being Knocked Down By Him

Hassan Ali's toe-crushing yorker resulted in Darren Sammy lying flat on his back. The West Indies all-rounder applauded the bowler, who then helped Sammy get back up on his feet. 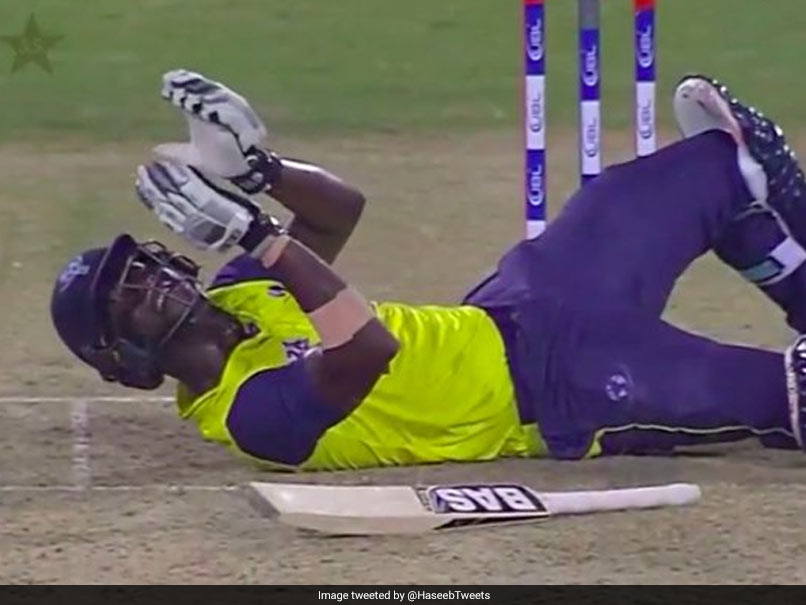 Pakistan on Tuesday took a giant step towards reviving international cricket at home with a 20-run victory over the World XI in a match in front of excited crowds amid tight security. The Twenty20 match, accorded international status by the International Cricket Council (ICC), is only the second time Pakistan has hosted an international match since militants attacked the bus of the visiting Sri Lankan team in March 2009, killing eight people and injuring seven players and staff. Long before the match started, around 9,000 police officers and paramilitary forces were deployed to the area, cordoning off the team's hotels and stadium. But the large security presence did little to temper the enthusiasm of fans in the cricket-mad country.

The match was marked by moments of friendship, camaraderie and warmth between the two sets of players. One particular incident during the World XI inningscaptured the spirit of the occasion. Hassan Ali's toe-crushing yorker resulted in Darren Sammy lying flat on his back. The West Indies all-rounder applauded the bowler, who then helped Sammy get back up on his feet.

Sammy, who is a huge fan favorite in Pakistan, was cheered on by the home crowd as he clobbered three sixes during his unbeaten 29-run knock.

Darren Sammy, we are forever in your debt.

Darren Sammy cares for every Pakistani's happiness. My respect to this man. He's more Pakistani than most Pakistanis are. Hero, legend.

I officially request Darren Sammy to be given a honorary citizenship of Pakistan ??

The World XI started off well with Tamim Iqbal hitting 18 with three boundaries and Hashim Amla smashing three boundaries and a six in his 17-ball 26 but left-arm pacer Rumman Raees dismissed both in the same over to put the brakes on their innings. Despite Skipper Faf du Plessis and Sammy's best efforts towards the end, the visitors were unable to see their team through.

The second game is scheduled for today and the third on Friday -- both in Lahore.

Comments
Topics mentioned in this article
Pakistan Cricket Team Cricket Darren Sammy
Get the latest updates on ICC Women's Cricket World Cup 2022 and IPL 2022, check out the Schedule , Live Score and IPL Points Table. Like us on Facebook or follow us on Twitter for more sports updates. You can also download the NDTV Cricket app for Android or iOS.