Former Pakistan captain Javed Miandad interacted with fans during the lunch break in the ongoing Test between Pakistan and Sri Lanka in Rawalpindi. 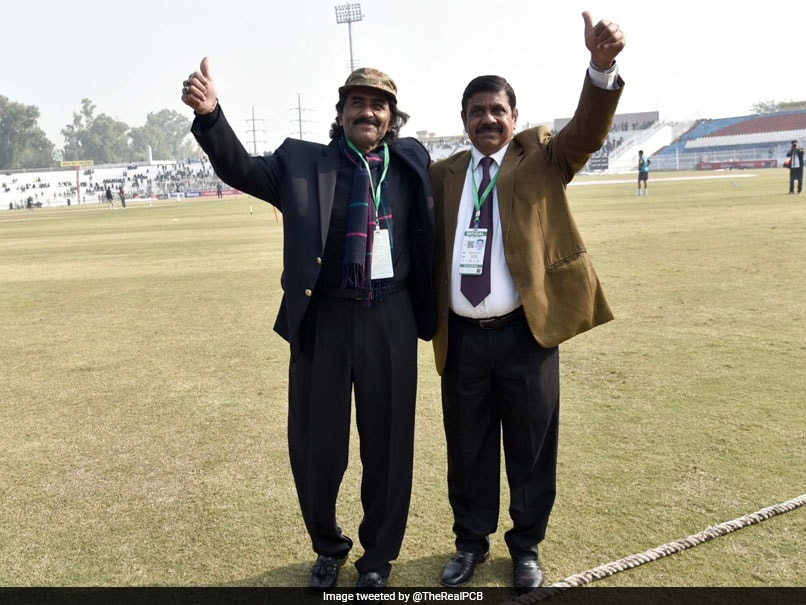 Javed Miandad was invited as special guest for the historic Test in Rawalpindi.© Twitter

Pakistan hosted Sri Lanka for their first home Test in over a decade in Rawalpindi on Wednesday. Former Pakistan captain Javed Miandad, who was invited as the special guest for the historic match, interacted with fans near the boundary fence during lunch interval on Day One of the first Test between Pakistan and Sri Lanka. Pakistan Cricket Board (PCB) took to Twitter to share a video in which Javed Miandad can be seen shaking hands with fans. "Always a crowd puller," The PCB captioned the video.

In the match, Sri Lanka won the toss and opted to bat. Sri Lanka skipper Dimuth Karunaratne brought up his 24th half-century to help the visitors to 89 for no loss in 26 overs at lunch on the opening day of the Test.

Soon after the break, Shaheen Afridi provided the hosts with the first breakthrough as he trapped Karunaratne right in front of the stumps.

Interestingly, all the 15 Pakistani players who have been named in the Test squad have not played a Test match in front of their home spectators.

The visitors landed in Pakistan without their premier fast bowler Suranga Lakmal. The 32-year-old was ruled out of the Test series after contracting dengue fever.

The two-match series is a part of the ICC World Test Championship where India lead the way with 360 points from seven wins out of seven games.

Pakistan, who have played two matches in the Test championship, sit at seventh place after suffering innings defeat in both the Tests against Australia.

Shaheen Afridi
Get the latest updates on IPL 2021, check out the IPL 2021 Schedule and Indian Premier League Live Score . Like us on Facebook or follow us on Twitter for more sports updates. You can also download the NDTV Cricket app for Android or iOS.