Kane Williamson played a masterly innings, and was 139 not out as the Kiwis reached 272-4 at the end of day four. 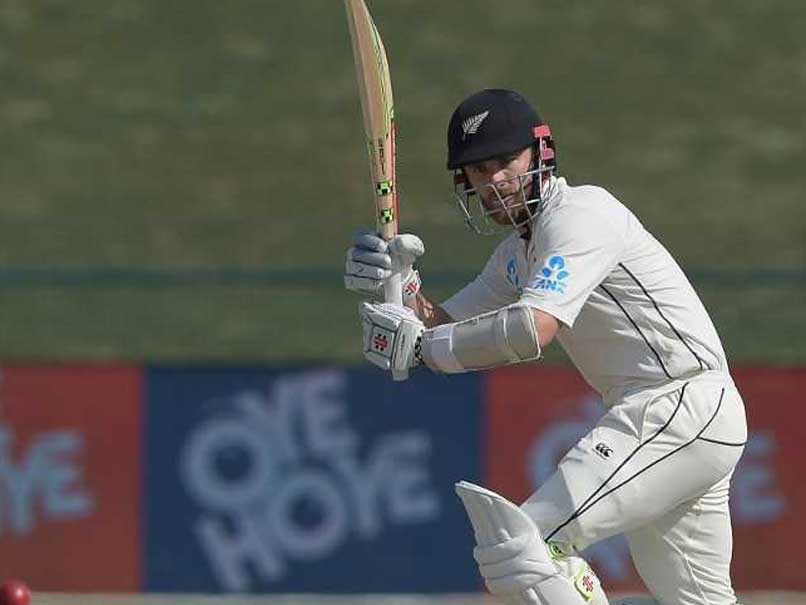 The series is currently tied 1-1.© AFP

The third and final Test between Pakistan and New Zealand is heading towards a gripping final day in Abu Dhabi as Kane Williamson played a masterly knock to hand the Kiwis a handsome second innings lead of 198 runs. At the end of Day 4, New Zealand were 272/4, with Williamson not out at 139. The early part of the morning, however, belonged to Yasir Shah who collected the one wicket he needed to become the fastestman to reach 200 wickets in Test cricket.

Williamson had great support from Henry Nicholls who made 90 not out during an unbroken fifth wicket partnership of 212 that has given New Zealand a lead of 198 with six wickets remaining. With the series tied at 1-1, the final day of this last Test promises to be fascinating with both sides capable of winning.

The day began in high anticipation with New Zealand resuming at 26-2 and Yasir taking the ball to bowl the third over. He needed just one wicket to break a record set 82 years ago by the great Australian leg-spinner Clarrie Grimmett who had needed 36 Tests to reach the milestone of 200 Test wickets.
When Yasir trapped nightwatchman Will Somerville leg before for four with his 13th delivery of the day, he reached the 200-wicket mark in just his 33rd Test.

"Ever since I knew this record it became my dream to take fastest 200 wickets and it came true today," said Yasir, who still hopes Pakistan can pull off a win.
"The wicket is slow but it is turning from the patches. We want to bowl them and try to go for the chase. That is what we are going to try as there is still one full day left in the match."
Pakistan had hopes of an emphatic win once Shaheen Shah Afridi had Ross Taylor caught hooking for 22 with the total at 60-4.

But they were undone by Williamson's masterclass and an innings from Nicholls that grew in confidence but, like his partner, enjoyed a touch of luck.

The key moment for Pakistan in the field came when Yasir dropped Williamson on 87 off Bilal Asif when he failed to catch a full blooded pull at square-leg.

Williamson, who scored 89 in the first innings, drove medium pacer Hasan Ali to the cover boundary for his 12th four to complete a well deserved 19th Test century -- his second against Pakistan.

Nicholls also survived a loud leg-before appeal off Yasir when on three, but Pakistan erred by not reviewing the not-out decision as the ball tracker showed it would have hit the leg stump.

Nicholls successfully challenged a leg-before verdict on nine and was dropped on 50 by Imam-ul-Haq off a luckless Yasir. He has so far hit eight boundaries.

Their partnership has improved the previous fifth-wicket record against Pakistan of 183 set by Mark Burgess and Robert Anderson in Lahore in 1976.

Yasir, whose 14 wickets helped Pakistan level the series 1-1 in Dubai, now has 27 wickets in the series.

His 14 for 184 were the second best match figures in a Test for Pakistan, behind former captain and current prime minister of Pakistan Imran Khan, who bagged 14 for 116 against Sri Lanka in Lahore in 1982.

Yasir was also the fastest Pakistani to 50 wickets (nine Tests), and reached 100 wickets in 17 Tests -- second only to Englishman George Lohmann who set the record of 16 in 1896.

He is the seventh Pakistani bowler to take 200 or more wickets in a list topped by fast bowler Wasim Akram's 414 in 104 Tests.

Yasir Shah Cricket
Get the latest updates on ICC Women's Cricket World Cup 2022 and IPL 2022, check out the Schedule , Live Score and IPL Points Table. Like us on Facebook or follow us on Twitter for more sports updates. You can also download the NDTV Cricket app for Android or iOS.