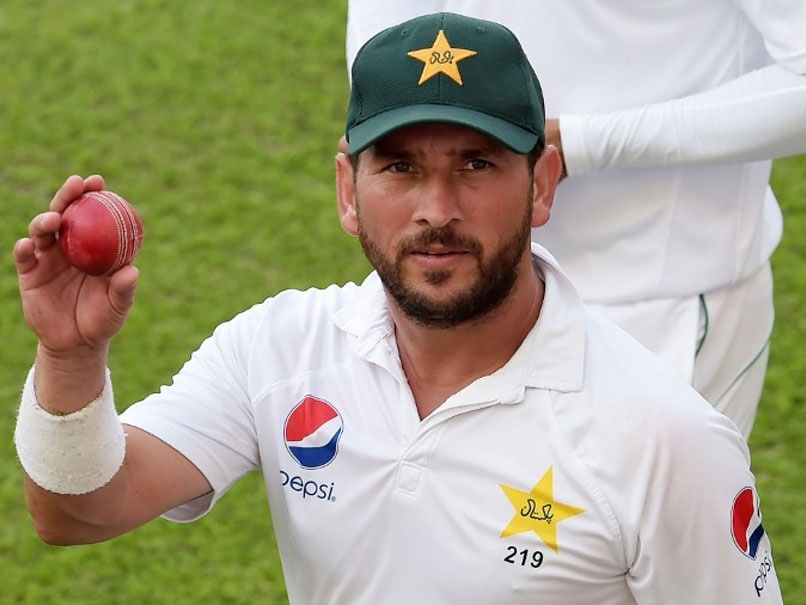 Leg-spinner Yasir Shah is set to become the fastest to reach 200 Test wickets as he holds the key for Pakistan to win the series-deciding third and final Test against New Zealand starting in Abu Dhabi from Monday. The 32-year-old needs just five wickets to shatter Australian leg-spinner Clarrie Grimmettt's record of completing 200 wickets in 36 Tests, way back in 1936. That will be icing on the cake as Pakistan hope Yasir -- whose 14-wicket match haul crushed New Zealand to an innings and 16 run defeat in the second Test in Dubai -- can come good again.

Yasir took eight wickets in the first Test here but Pakistan fell agonisingly short, losing by four runs before leveling the series at 1-1.

Pakistan captain Sarfraz Ahmed agreed hopes are pinned on Yasir, who has 195 wickets in 32 Tests.

"The way Yasir is bowling he has got his rhythm back and we hope that with the return of his form he will do his best to win us this Test and the series," said Sarfraz on Sunday.

Until last year the Sheikh Zayed stadium had been a happy hunting ground for Pakistan, having won six of the ten Tests with four draws.

But they lost to Sri Lanka last year and against New Zealand after set low targets of 136 and 176 runs respectively, a fact Sarfraz said hurt his team.

"We need to bat long and that we did in the last Test," said Sarfraz Ahmed whose team put a big 418-5 declared in Dubai. "Toss will again be crucial because in Asia teams like to bat first and post big totals."

The 18-year-old pacer took back to back four wicket hauls in the 1-1 drawn one-day series against New Zealand last month before getting seven wickets against England Lions in a four-day match, also in Abu Dhabi.

"Shaheen is improving day by day and has talent," said Sarfraz of Shaeen who is six and a half feet tall.

Sarfraz admits New Zealand can be dangerous as they have the motivation to win an away series against Pakistan for the first time since 1969.

"New Zealand is a good team with experienced players who know Test cricket well," said Sarfraz. "They have good bowlers so we will also try to play good cricket."

"He (Yasir) is a world class bowler," said Williamson. "He clearly had a fantastic last game and bowled a number of very nice deliveries and used the conditions really, really well."

New Zealand will gain confidence from their second innings batting with return to form of Ross Taylor who made 81, Henry Nicholls scored 77 and Tom Latham's 50.

"There were some positives we would need to build from," said Williamson of his team's 312 all out. "It's really an exciting prospect and the guys really are looking forward to the decider.:

New Zealand have the option of resting Trent Boult and bringing in Tim Southee, who has yet to play in the series.

Sarfraz Ahmed Pakistan vs New Zealand, 3rd Test Cricket
Get the latest updates on ICC T20 Worldcup 2022, check out the Schedule and Live Score. Like us on Facebook or follow us on Twitter for more sports updates. You can also download the NDTV Cricket app for Android or iOS.