Michael Vaughan Says Mohammad Abbas "Would Get Me Out Every Time"

Mohammad Abbas claimed five wickets as Australia were limited to 145 at Abu Dhabi. 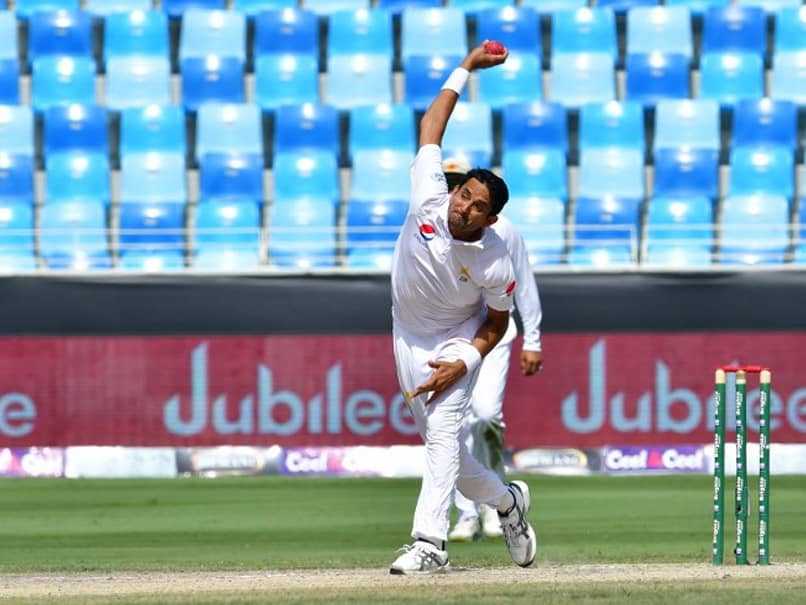 Mohammad Abbas was the wrecker-in-chief as he helped Pakistan dismiss Australia for a meagre 145 in their second innings on Day 2 of the second Test at Sheikh Zayed Stadium in Abu Dhabi on Wednesday. Mohammad Abbas, playing only his ninth Test match, registered his career-best figures of 5/33. Impressed by Mohammad Abbas, former England captain Michael Vaughan took to Twitter to laud his performance. Vaughan said that he has been watching Mohammad Abbas for a year now and the Pakistani pacer would get him out "every time within about 6 balls".

Having watched Mahammad Abbas now for over a year ... I have decided he would get me out every time within about 6 balls ... The type of bowler i would poop my pants about ... Thought I would let you all know ... #PAKvAUS

Australia, who resumed their innings at 20/2 on the second day, were left in tatters as spinner Bilal Asif (3/23) along with Abbas rocked the Australian side. Opener Aaron Finch (39) and Mitchell Starc (34) were the main run-getters for Australia. Usman Khawaja, who struck a wonderful century in the first Test, failed to repeat his performance as he was dismissed for just 3 runs.

The first day of the second Test saw Fakhar Zaman and Sarfraz Ahmed score a calculated 94, helping their team reach 282 in their first innings. However, neither of them could reach the coveted three-figure mark as Marnus Labuschagne dismissed both of them.

Former India cricketer Sanjay Manjrekar was quick to spot Vaughan tweet as he dubbed it "one of the best tweets."

This has to be one of the best tweets. https://t.co/SN89ZOJEIp

Abbas' first wicket of the match made him the joint-second fastest Pakistani, in 10 Tests, to 50 wickets. Abbas joined Waqar Younis and Shabbir Ahmed in the list. Spinner Yasir Shah leads the list as he scalped his 50th Test wicket in 9 Tests.

The first Test of the two-match series in Dubai had ended in a draw.

Australia Cricket Team Michael Vaughan Cricket
Get the latest updates on IPL 2020, check out the IPL Schedule for 2020 and Indian Premier League (IPL) Cricket live score . Like us on Facebook or follow us on Twitter for more sports updates. You can also download the NDTV Cricket app for Android or iOS.