Australia will also be under pressure to overcome the loss of their regular captain Steve Smith and dashing opener David Warner. 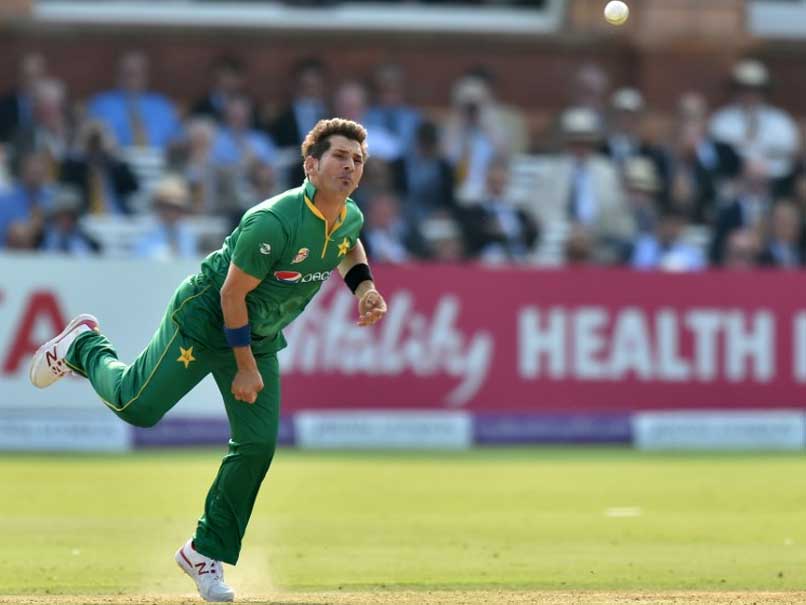 Pakistan captain Sarfraz Ahmed warned that his ace leg-spinner Yasir Shah will attack a depleted and new-look Australia when they meet in the first of two Test matches starting in Dubai from Sunday. Australia face a trial by spin as has so often been the case on their tours to Asia. In the space of six years, they have lost 12 of their 15 Tests with only two wins and one draw on tours of India (twice), one each to Sri Lanka, Bangladesh and United Arab Emirates (UAE). They lost 2-0 to Pakistan in UAE in 2014, with Yasir taking 12 and left-arm spinner Zulfiqar Babar 14 wickets. But Yasir will now be the lone experienced bowler after Babar faded last year.

Australia will also be under pressure to overcome the loss of their regular captain Steve Smith and dashing opener David Warner along with Cameron Bancroft after they were banned for up to a year for their part in the ball-tampering scandal in South Africa in March.

Sarfraz said he will attack Australia in their first Test since the ball-tampering saga.

"When we played Australia in 2014 we played some attacking cricket," said Sarfraz. "Yasir is our main bowler so we will want him to attack and get us wickets to win the series.

"But similarly we will not put extra pressure on him and will not want him to go in a defensive mode so other bowlers will have to support him."

Pakistan will also have 33-year-old off-spinner Bilal Asif who played three one-day internationals in 2015 but has yet to play a Test.

Another leg-spinner in the squad, Shadab Khan, is unlikely to feature in the eleven having not fully recovered from a groin injury, but recalled all-rounder Mohammad Hafeez will turn his arm over as a backup spinner.

Hafeez's action was cleared as legal in May this year and could prove dangerous for Australian left-handers.

"We attacked him four years ago and at that time we had great batsmen in Younis Khan and Misbah-ul-Haq," said Sarfraz of the 2014 series when Lyon got only three wickets in two Tests.

"Four years on he is a better bowler so he will be their main bowler and a challenge for us," said Sarfraz of Lyon, who grabbed 41 wickets in six matches in India and Bangladesh last year.

Without Younis and Misbah -- both retired last year -- Pakistan may succumb to their own medicine, as they did in their 2-0 defeat against Sri Lanka last year -- their first series defeat in UAE since making it their neutral venue in 2009.

Sarfraz said Australia's challenge would improve their performance in Asia.

"Australia want to focus on an improved performance in Asia, so that's their challenge while our focus and challenge is to play good cricket and win the series," said Sarfraz, whose team drew their last series in England 1-1 in June this year.

Australian captain Tim Paine admitted Yasir will pose a challenge for his team.

"Yasir is clearly a world-class bowler who's got a phenomenal record at this ground in Dubai. We're going to have to take everything we've been working on," said Paine.

"We've faced a hell of a lot spin, there's no doubt about that and Australian touring sides always do," said Paine.

Pakistan did not include any spinner in the warmup game allowing Mitchell Marsh to score a brilliant 162 while Aaron Finch, Shaun Marsh and Travis Head all scored the 90s to tune up for the Test.

Finch, Head, Marnus Labuschagne and Michael Neser are all likely to make Test debuts in Dubai.

The second Test will be played in Abu Dhabi from October 16.

Yasir Shah Cricket
Get the latest updates on Fifa Worldcup 2022 and check out  Fifa World Cup Schedule, Stats and Live Cricket Score. Like us on Facebook or follow us on Twitter for more sports updates. You can also download the NDTV Cricket app for Android or iOS.