Tim Paine was also left unimpressed with his side's performance and reckoned that they let things slip from the onset of the match. 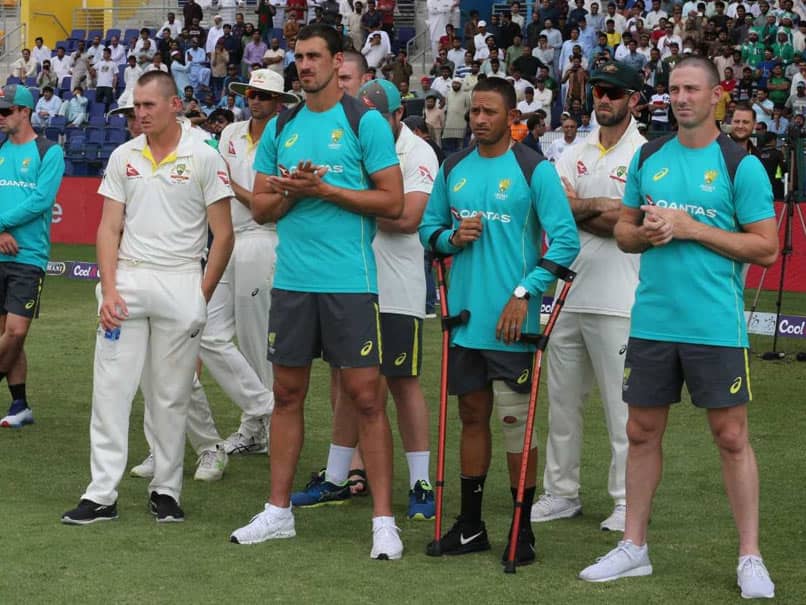 Australia managed to draw the first Test against Pakistan in UAE.© AFP

Thanks to a fighting century from opener Usman Khwaja in the second innings, Australia managed to draw the first Test against Pakistan in the United Arab Emirates (UAE). However, in the second and final Test, a ten-wicket haul from Pakistan pacer Mohammad Abbas left the visitors in shambles as the Sarfraz Ahmed-led side registered a convincing 373 runs victory to win the series 1-0. The result came as a disappointment to Australian legend Shane Warne, who highlighted his concerns over the "very ordinary" performance from his national team batsmen.

Warne, on Twitter, said that the number of overs his national team batsmen could manage to last was a major concern to be addressed. He also congratulated Pakistan for their terrific all-round show.

Congrats to Pakistan on a terrific series win, well played - just to good. Australia's batting was very ordinary in 3 of the 4 innings, and the amount of overs Australia could only manage to last is a real concern as well as the manor of all the dismissals too. Worrying times...

Australian skipper Tim Paine was also left unimpressed with his side's performance and reckoned that they let things slip from the onset of the match.

Paine said that their batting needs improvement and applauded Abbas for his prolific performance.

"Disappointing to let things slip from the first session on day 1. Our bowlers toiled pretty well on that wicket. It's just our batting. Abbas tested our defence time and time again. Have to go on and improve. No sugarcoating, our batting needs to be addressed. He (Abbas) just challenges your defence. We weren't good enough to keep him out for long. We came today with high hopes," Paine said in the post-match interview.

After the Test series defeat, Australia will aim to bounce back in the three-match Twenty20 International (T20I) series against Pakistan, slated to begin from October 24 at the Sheikh Zayed Stadium in Abu Dhabi.