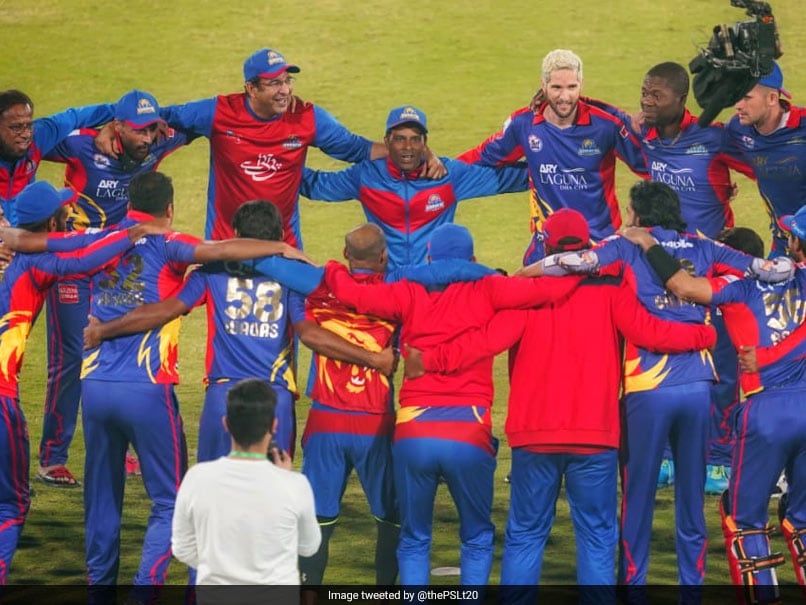 Babar Azam's 63 not out led Karachi Kings to their first Pakistan Super League (PSL) title on Tuesday, and Karachi coach Wasim Akram dedicated the win to Dean Jones, who died due to a heart attack earlier this year. Jones was appointed coach of Karachi ahead of the PSL season in March before the coronavirus pandemic led to the postponement of the knockout stage of the tournament. "Karachi Kings, the champions. This (win) is for Dean Jones and for the fans of Karachi Kings," said Akram in a video posted by International Cricket Council (ICC), where he is surrounded by the Karachi players.

Chasing Lahore Qalanders' 134 for 7 in the final at the National Stadium, Karachi, the hosts cruised to the target in 18.4 overs with five wickets in hand.

Jones, who led Islamabad United to two PSL titles as coach, has been a prominent figure at the PSL over the years, and teams Karachi Kings and Multan Sultans paid tribute to the Australian by making a 'D' on the field ahead of their playoffs clash last Saturday.

Karachi won that game in the Super Over to make the final while Multan lost to Lahore Qalanders, who had beaten Peshawar Zalmi in Eliminator 1, in Eliminator 2.

The final four in the six-team league, Karachi, Lahore, Peshawar and Multan, were initially slated to play in the semi-finals with Multan due to face Peshawar and Karachi squaring off against Lahore in March.

However, those games were postponed in the wake of the coronavirus pandemic that sent many countries around the world into lockdowns, forcing overseas players to rush back to their home countries.

Comments
Topics mentioned in this article
Wasim Akram Dean Mervyn Jones Cricket
Get the latest updates on IPL Auction 2023 and check out  IPL 2023 and Live Cricket Score. Like us on Facebook or follow us on Twitter for more sports updates. You can also download the NDTV Cricket app for Android or iOS.