On This Day In 2013, India Defeated England To Win Champions Trophy

India managed to get the better of England in the rain-curtailed final to clinch the ICC Champions Trophy title in 2013. 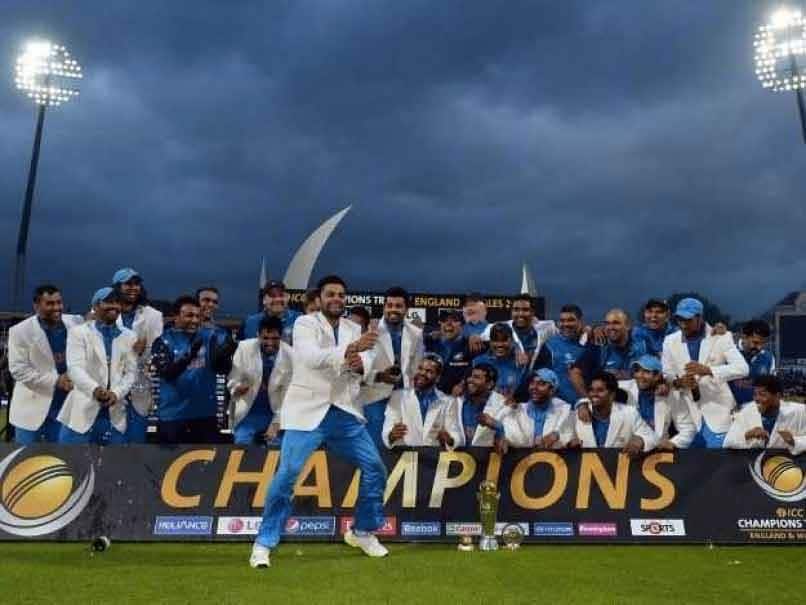 India beat England by 5 runs to be crowned the 2013 Champions Trophy champions.© AFP

It was on June 23, 2013, when India defeated England to win the Champions Trophy. The match was slated to be a 50-over contest, but rain curtailed the affair to 20 overs per side. In the match between both the sides, England won the toss and opted to bowl first. The Dhoni-led side was restricted to just 129/7 in the allotted 20 overs. Virat Kohli top-scored for India as he played a knock of 43 runs from 34 balls with the help of four boundaries and one six. In the final overs, Ravindra Jadeja played a cameo of 33 runs off just 25 balls to take the team's total past the 120-run mark.

Eoin Morgan and Ravi Bopara then steadied the ship for England as the duo put on 64 runs for the fifth wicket.

However, with just 20 runs away from the target, England lost the wickets of Morgan (33) and Bopara (30) as both batsmen were sent back to the pavilion by Ishant Sharma.

After the dismissal of both batsmen, England did not manage to recover and the side ended up losing the finals by 5 runs.

With this win, MS Dhoni became the first captain in the history of cricket to win all major ICC trophies (50-over World Cup, 20-over World Cup and Champions Trophy).