England's limited-overs skipper Eoin Morgan has said that he is utilising the forced break due to coronavirus pandemic to spend more time with his newly born baby. 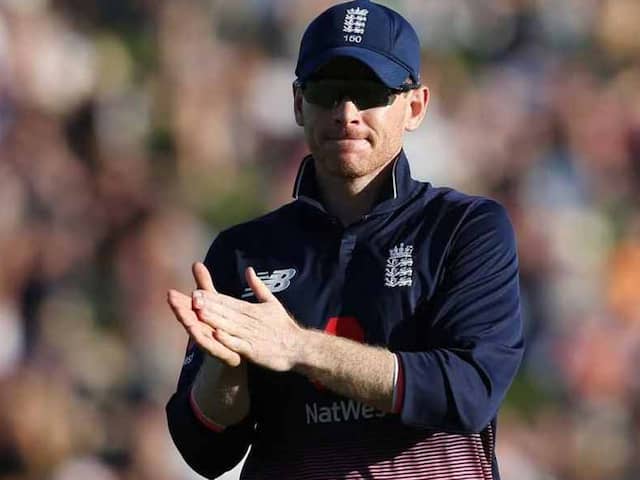 As sporting action across the world has come to a halt due to the coronavirus pandemic, England's limited-overs skipper Eoin Morgan has said that he is utilising this situation to spend more time with his newly born baby. If not for COVID-19, Morgan would have been playing the Indian Premier League (IPL) for Kolkata Knight Riders (KKR). The tournament was slated to begin from March 29, however, it was postponed until April 15 due to the COVID-19 pandemic.

"It's a very strange time for everybody at the moment. For us (him and his wife Tara Morgan), we have a new-born baby at home. He's just three weeks old so we've been very lucky that we're getting the best out of this bad situation. I've been able to spend a lot of time with him. Everybody's goal is to hopefully not contract the virus and then come out of the other side healthy, along with the rest of the family," the official website of KKR quoted Morgan as saying.

"It's been amazing! It's very difficult to describe until you go through it. Everybody says that, and we were waiting on his arrival to know if that was true. But it's such a unique feeling that you don't experience anywhere else. I must have changed almost thousands of nappies by now but I am loving it. Thoroughly enjoying it now," he added.

For IPL 2020, the England skipper Morgan would have played under the leadership for Dinesh Karthik at KKR. The left-handed Morgan went on to praise the Indian wicket-keeper batsman, saying he has a great cricket mind.

"I have spoken to DK a lot and I met up with him just before Christmas when I was out in Mumbai. He's a fantastic guy, a great cricketer and I'm looking forward to helping him in whatever way I can. While I''m here to help, I also want to learn as much as I can from him. There are a lot of dynamics about being a captain when you''re playing in India that I don''t know about, I''ll be picking his brain the whole time," Morgan said.

"I''ll naturally be myself and try to give as much as I can just like the rest of the international players. But it''s going to be fascinating to see how and when we get to play and how the competition lines up. Because everybody is going to come out of isolation extremely excited, rearing to go, batting, bowling, fielding the whole lot," he added.

Morgan had led England to their first-ever 50-over World Cup win last year after the side managed to defeat New Zealand in the finals on the basis of the boundary-countback rule.

The left-handed batsman was last seen in action during England''s ODI and T20I series against South Africa in February this year.

Dinesh Karthik Cricket
Get the latest updates on IPL 2020, check out the IPL Schedule for 2020 and Indian Premier League (IPL) Cricket live score . Like us on Facebook or follow us on Twitter for more sports updates. You can also download the NDTV Cricket app for Android or iOS.