Alastair Cook is the first England cricketer to receive a knighthood since Sir Ian Botham in 2007. 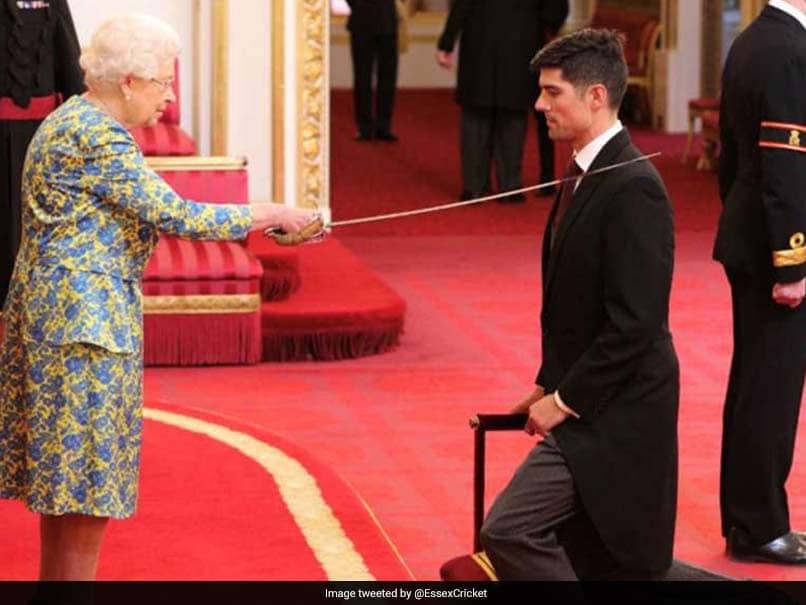 Alastair Cook officially received his knighthood for his services to cricket.© Twitter

Former England skipper Alastair Cook officially received the knighthood for his services to cricket at an investiture ceremony in Buckingham Palace earlier on Tuesday, according to a release by Essex Cricket. He is the first England cricketer to receive a knighthood since Sir Ian Botham in 2007. Cook will continue to play for Essex this year after signing a new three-year deal last season. The Test specialist, who led his national team to victories on plenty of occasions, admitted that he felt "nervous" while receiving the honour.

"It is just weird, when you are told you have to just walk and kneel, that you should get so nervous," Cook said after receiving the honour according to espncricinfo.com.

"I have played cricket in front of many thousands and done okay but you get just as nervous just walking and kneeling, which is very strange."

The 34-year-old retired from international cricket last summer and hit a memorable century in his final Test match against India at The Oval.

Derek Bowden, Chief Executive at Essex Cricket said: "Everyone associated with the Club is very proud of Alastair.

"He's achieved so much within the game, and as well as being a fantastic cricketer and an elite professional, he's been a great role model for so many people.

"His knighthood is a testament to his commitment to the game and his character both on and off the field."