Australia beat New Zealand by seven wickets at the MCG to win their fifth World Cup title on this day in 2015. 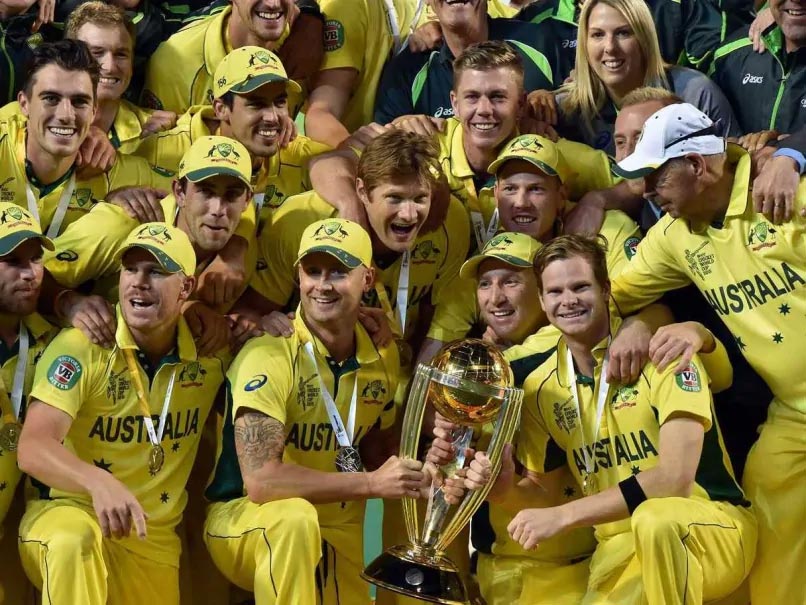 On this day in 2015, Australia rode on inspired performances from James Faulkner and then-captain Michael Clarke to beat New Zealand by seven wickets at the Melbourne Cricket Ground (MCG) and seal their fifth 50-over World Cup title. A 111-run stand between Grant Elliott and Ross Taylor was not enough for New Zealand to post a big total, with Faulkner, Mitchell Starc and Mitchell Johnson blowing their batting lineup away. Australia chased down the target of 184 with almost 17 overs to spare.

New Zealand won the toss and had elected to bat, but it was Australia who dealt the first major blow. On the fifth delivery of the match, Mitchell Starc broke through the defence of New Zealand's talismanic captain Brendon McCullum, sending him packing for a duck.

Martin Guptill and Kane Williamson put on a 32-run stand before they fell in quick succession.

Taylor and Elliott then tried to salvage the situation and set New Zealand up for a strong finish before the former departed with the score at 150, with 15 overs to go. After that, Australia's three left-arm seamers ripped through New Zealand's lower order, as they were bowled out having added just 33 runs more to the scorecard.

Australia faced an early setback in their chase as well, with Aaron Finch falling for a duck in the second over, but looked in complete control after that.

Smith, who would go on to become Australia's captain after Clarke's retirement, hit the winning runs, as he finished unbeaten on 56 and Australia won a record-extending fifth World Cup title.