Yuvraj said that his former teammate was almost as honest as a holy book. 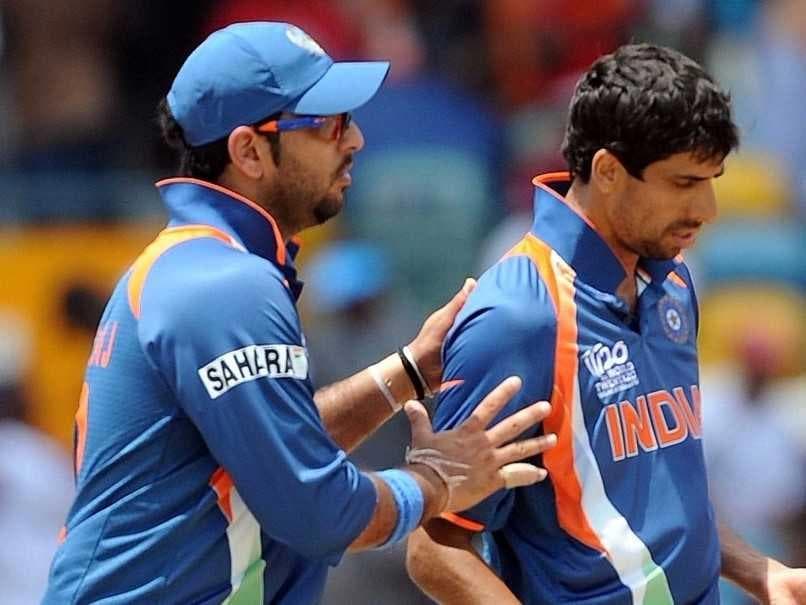 Ashish Nehra looks on during a training session.© AFP

Veteran Indian pacer Ashish Nehra played his final international cricket match at the Feroz Shah Kotla stadium in Delhi on Wednesday. India beat New Zealand by 53 runs to take a 1-0 lead in the three-match T20I series. Tributes and messages poured in from all quarters for Nehra post his retirement decision. Indian all-rounder Yuvraj Singh penned an emotional post on Facebook recalling his friendship and playing days with Nehra.

Yuvraj referred to Nehra as Ashu, calling him a fun guy who was honest and never let his team down. Yuvi also recalled the moment when he met Nehra the first time.

"I first met him in my under-19 days and he had got picked for the Indian team. He was sharing room with Harbhajan Singh. I had gone to see Bhajji and noticed this tall, lean guy who just couldn’t stay still. He was like a cat on an extremely hot tin roof. He’d be sitting still one moment and all of a sudden break into a stretch or twitch his face or just roll his eyes. I found it extremely funny and thought may be someone has put ants in his pants," he wrote.

He also revealed that former captain Sourav Ganguly called Nehra 'Popat' as he used to talk a lot.

"Sourav Ganguly gave Ashu the nickname Popat as he talked a lot. I mean he can talk even under water! Plus he is hilarious. For me he doesn’t need to speak, there is something about his body language that is so funny", he added.

The 38-year old bowler made his international debut in 1999 against Sri Lanka in Colombo.

Comments
Topics mentioned in this article
Yuvraj Singh Ashish Nehra Sourav Ganguly Cricket
Get the latest updates on ICC T20 Worldcup 2022 and CWG 2022 check out the Schedule, Live Score and Medals Tally. Like us on Facebook or follow us on Twitter for more sports updates. You can also download the NDTV Cricket app for Android or iOS.