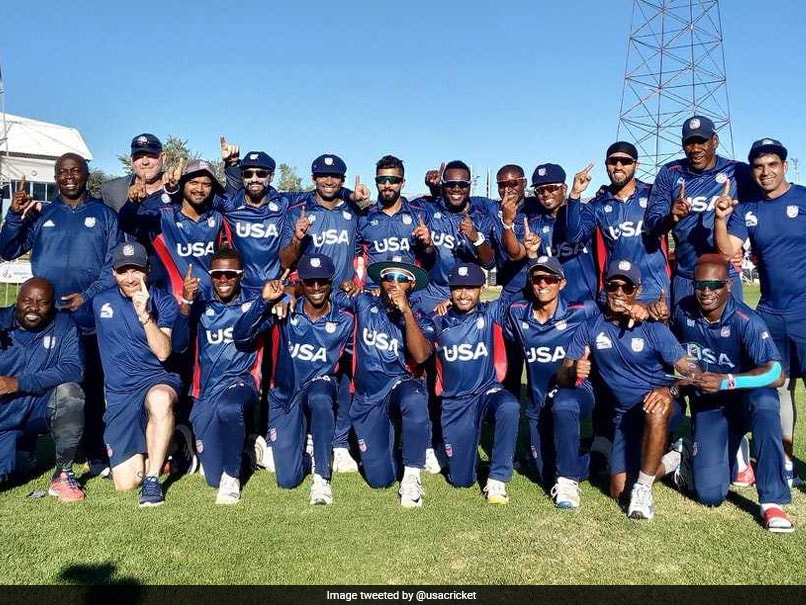 Both Oman and the USA secured ODI status and a spot in the ICC Men's Cricket World Cup League 2 after their respective wins over Namibia and Hong Kong. Oman stayed perfect in the ICC World Cricket League Division 2 action after a dramatic four-wicket win over hosts Namibia on Wednesday. Oman's passage to ODI status and more competitive cricket had already been confirmed earlier in the day when Canada downed Papua New Guinea, but they finished the job in style anyway as Sandeep Goud's unbeaten half-century defeated Namibia.

Both Oman and the USA joined Scotland, Nepal and the UAE in League 2, where they will play 36 ODIs each over a two-and-a-half year period on the road to Men's Cricket World Cup 2023.

In a very competitive and exciting tournament, Canada kept their slim qualification hopes alive with their first win of the week over Papua New Guinea, with four teams still fighting for the remaining two spots.

Oman secured their ODI status with a narrow win over Namibia that owed much to the efforts of Sandeep Goud. Having won the toss and electing to field, Oman looked right on top from the outset as Zeeshan Maqsood (2-27) and Khawar Ali (2-23) took early wickets.

At 98 for seven, Namibia's chances looked over but Zane Green (46) and JJ Smit shared an impressive 103-run stand for the ninth wicket to lift the hosts to a competitive 213 for nine total.

Smit starred with 60 and in reply, Oman's perfect record looked under threat as Jan Frylinck (3-34) led the way for the Namibian bowlers.

But Suraj Kumar's half-century kept Oman on track before Goud (57 not out) and Fayyaz Butt got them over the line with four wickets and five balls to spare.

On the other hand, Xavier Marshall hit form at just the right time as his century confirmed USA's ODI status and helped see off Hong Kong on Wednesday.

The former West Indies Test star hit exactly 100 and was ably supported by Steven Taylor's 88 as the USA, having been put in by their opponents, amassed a total of 280 for eight from their 50 overs.

That always looked like being beyond Hong Kong, for whom Kinchit Shah impressed with both bat and ball in the losing effort. Shah took a four-fer in the USA's innings and then top-scored with 45 in Hong Kong's reply but the going was tough as Karima Gore (2-49) led a balanced bowling effort for the Americans.

Hong Kong were always behind the required rate and while Aizaz Khan (35 not out) and Ehsan Khan (31 not out) did their best, they ended up 84 runs short in Windhoek and might well need to beat Namibia in their final game if they are to secure a top-four finish.

Oman Cricket
Get the latest updates on ICC Women's Cricket World Cup 2022 and IPL 2022, check out the Schedule , Live Score and IPL Points Table. Like us on Facebook or follow us on Twitter for more sports updates. You can also download the NDTV Cricket app for Android or iOS.