Not 'The Nicest': Tim Paine Says New-Look Aussies No Pushovers 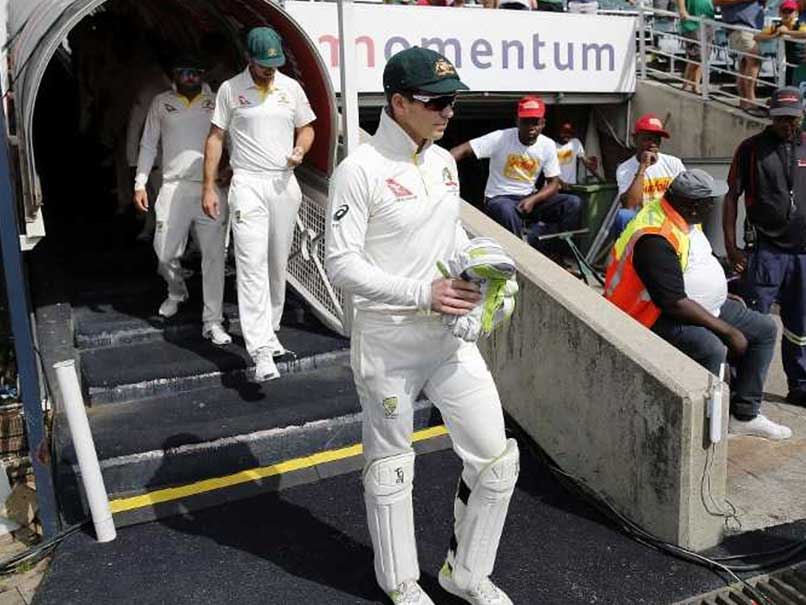 Captain Tim Paine said his players would try to build a new image during their tour of England after a damaging ball-tampering scandal -- but warned they weren't out to be "the nicest Australian cricket team ever". Paine said he was expecting an intense reception from English media for the limited-overs tour, their first since the ball-tampering incident in March left three players with long bans. Paine and new coach Justin Langer are looking to reset Australia's reputation and turn around a poor run of ODI results including 11 defeats from 13 completed matches for the five-time World Cup winners.

"Justin sat us down for a team meeting last week and spoke about the Australian cricket team's values, and what he expects," Paine told reporters in Brisbane on Monday.

"It's nothing that's brand new, nothing the guys haven't heard before. It's purely about acting on what we know is the right thing to do and the right way to play our cricket.

"We've had Spirit of Cricket documents, we've had Code of Conduct documents, but at the end of the day they mean nothing if you don't act on them and you don't live by them.

"That's been a huge focus for us, has been around our actions, our behaviours and making sure we live up to the standards that the Australian cricket team should."

Wicketkeeper Paine added Australia were not going to England to be "the nicest Australian cricket team ever to play against".

Langer said over the weekend that his side were aspiring to a culture of professionalism, honesty and humility and would relish the underdogs tag against England.

The ball-tampering scandal triggered a backlash both at home and abroad against the Australian team, prompting soul-searching about their hard-nosed approach to cricket.

"We're probably going to get a bit more intense spotlight from their media when we first arrive," said Paine.

"But we've spoken about the way we want to hold ourselves, the way we want to behave, and I'm sure once we get there and get into playing cricket, those sorts of things will die off into the background and cricket will be the number one focus."

Australia play two practice one-dayers against Sussex at Hove on June 7 and two days later against Middlesex at Lord's before the opening international on June 13 at The Oval.

Paine said the warm-up games would be used to experiment with a potential starting side.

"At the moment we haven't got too specific into things," he said. "We've got 10 or 12 days where we'll really nut things out about how our team sets up. I'm sure we'll try a few different combinations in the practice games leading into the first game."

Comments
Topics mentioned in this article
Australia Cricket Team England Cricket Team Tim Paine Cricket
Get the latest updates on India vs South Africa and check out  Schedule, Results and Live Score. Like us on Facebook or follow us on Twitter for more sports updates. You can also download the NDTV Cricket app for Android or iOS.