New Zealand vs West Indies: Daryl Mitchell Fined For Use Of Obscenity In 1st Test

Daryl Mitchell has been fined 15 per cent of his match fee for breaching the ICC code of conduct during the first Test against West Indies. 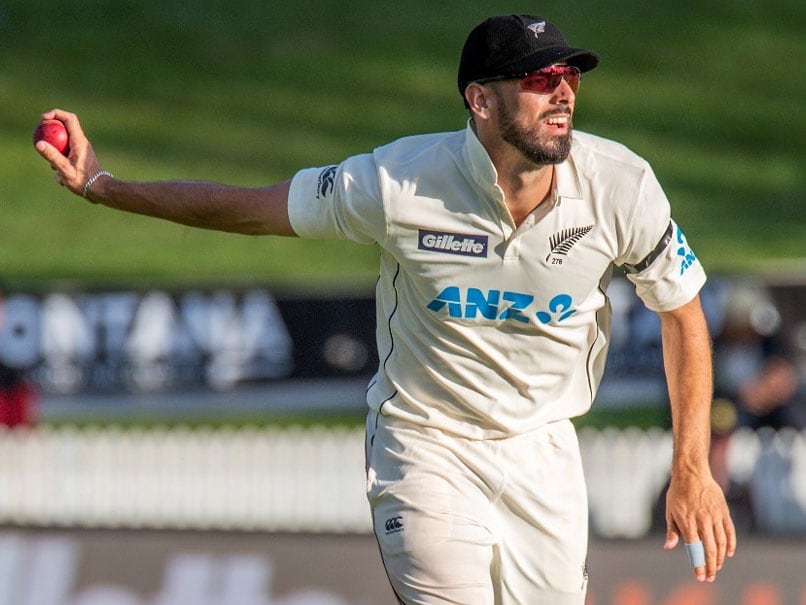 New Zealand pacer Daryl Mitchell has been fined 15 per cent of his match fee for breaching the International Cricket Council's (ICC) code of conduct during the recently concluded first Test match against West Indies. In a statement, the ICC said, "Mitchell was found to have breached Article 2.3 of the ICC code, which relates to 'use of an audible obscenity during an international match'. In addition to this, one demerit point has been added to his disciplinary record."

The incident occurred in the 62nd over on Saturday when Mitchell used inappropriate language as Jason Holder was running between the wickets and in close proximity to him.

Jeff Crowe of the Emirates ICC Elite Panel of Match Referees imposed the sanction which was ratified by the ICC Cricket Operations department as per the COVID-19 interim playing regulations. Mitchell pleaded guilty to the offence and accepted the proposed sanction, so there was no need for a formal hearing.

Earlier in the day, New Zealand defeated Jason Holder-led side by an innings and 134 runs to register their biggest win in terms of runs against the West Indies at Seddon Park.

With this win, New Zealand have taken a 1-0 lead in the two-match Test series. The second and final Test between the two sides will be played in Wellington from December 11.

West Indies Cricket Team Cricket
Get the latest updates on SA vs IND 2021-22, check out the Schedule and Live Score . Like us on Facebook or follow us on Twitter for more sports updates. You can also download the NDTV Cricket app for Android or iOS.