Kane Williamson has been declared fit for the first Test against England while white-ball speedster Lockie Ferguson earned his maiden Test call-up. 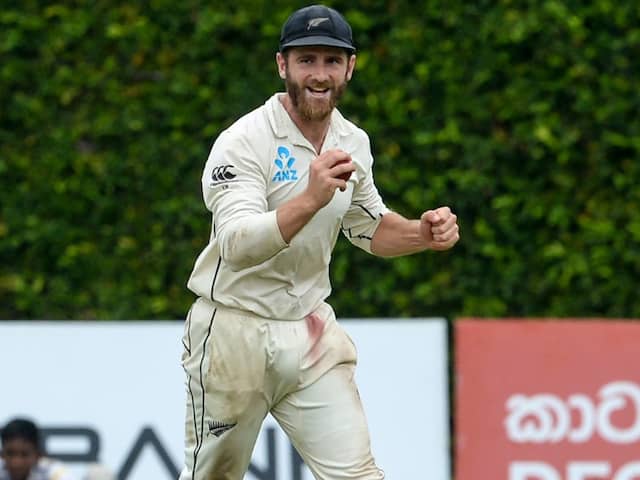 Kane Williamson sat out the recent Twenty20 series because of a nagging hip injury.© AFP

New Zealand captain Kane Williamson has been declared fit for the first Test against England while white-ball speedster Lockie Ferguson earned his maiden Test call-up on Friday. The talismanic Williamson, the world's third-ranked Test batsman, sat out the recent Twenty20 series because of a nagging hip injury. New Zealand selector Gavin Larsen said the two-week break had Williamson primed to return for what will be a historic inaugural Test at his home ground of Bay Oval in Mount Maunganui.

"Kane's made good progress over the past fortnight and we're delighted to welcome back a player of his class and experience," Larsen said when naming a 15-man squad to face England and Australia over the next two months.

The call-up for Ferguson and the return of leg-spinner Todd Astle in place of spinners Will Somerville and Ajaz Patel are the only changes to the New Zealand squad from the recent away series against Sri Lanka.

The inclusion of Ferguson after an impressive domestic season caps a rapid rise for the quick bowler who has been a mainstay of New Zealand white-ball sides in recent years and was the second leading wicket-taker at the World Cup in England and Wales earlier this year.

"There's no doubt Lockie has been knocking on the door for a while now and we're delighted to finally bring him into the Test fold," Larsen said.

"It's well documented he has raw pace, but he also possesses a quality bowling skill set and has proved his durability."

The first Test against England starts on November 21.

Lockie Ferguson Cricket New Zealand vs England, 1st Test
Get the latest Cricket news, check out the India cricket schedule, Cricket live score . Like us on Facebook or follow us on Twitter for more sports updates. You can also download the NDTV Cricket app for Android or iOS.