Batting at No.4, Taylor scored only 28 runs in the first innings of the second Test against Bangladesh. 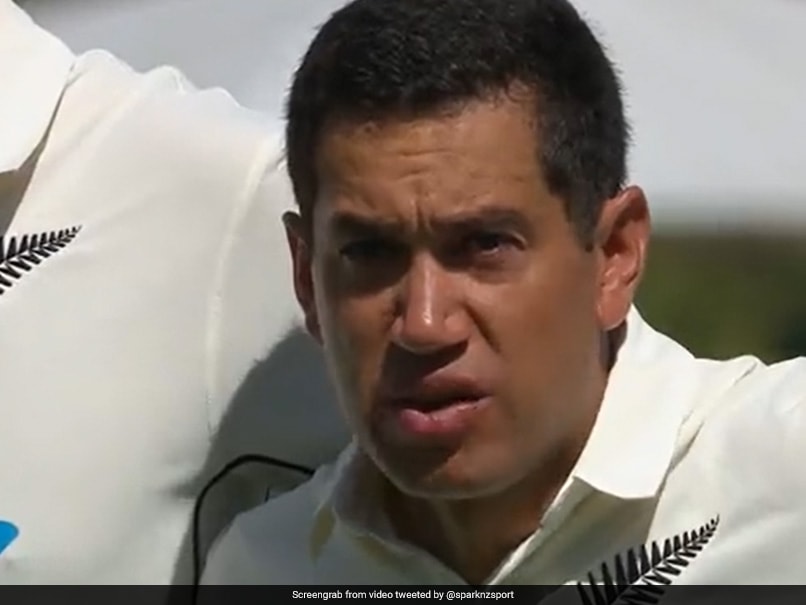 Watch: Ross Taylor in tears ahead of his final Test appearance for New Zealand.© Twitter

One of the legends of New Zealand cricket -- Ross Taylor is playing his last Test at Hagley Oval in Christchurch against Bangladesh. Batting at No.4, Taylor scored only 28 runs in the first innings of the second Test against Bangladesh. He received a standing ovation from the Hagley Oval crowd and a guard of honour from the Bangladesh team when he walked out to bat in his final Test. The veteran batter was in tears during New Zealand's national anthem ahead of his last Test.

Many fans replied and hailed Taylor for his terrific career.

Here are some reactions-

What a man, Ross Taylor Emotional moment, not just for him but for many of us

You are the best, Ross , we will miss , Love from India

Trying to stop his tears but failing
He can be very very proud@RossLTaylor#RossTaylor https://t.co/9ObY5ViyTq

Don't fight it Rossco. It's 2022... it's OK for men to cry. We all understand how emotional you must be. #legend https://t.co/JCyAcHLycu

Since making his debut in 2007, Taylor has played 112 Test matches for New Zealand and scored 7,684 runs, including 19 hundreds and 35 half-centuries.

He was also the part of the Blackcaps' side that won the inaugural World Test Championship final against India last year.

In the ongoing series, after losing the first match, New Zealand are in a commanding position in the second Test, having taken a 395-run first-innings lead.

Later, Trent Boult picked a five-wicket haul to help the home side bowl out Bangladesh for 126 runs in the first innings. The pacer also completed his 300 wickets in the longest format on Monday.

Bangladesh lead 1-0 in the two-match Test series against New Zealand.

Hagley Oval, Christchurch Cricket
Get the latest updates on SA vs IND 2021-22, check out the Schedule and Live Score . Like us on Facebook or follow us on Twitter for more sports updates. You can also download the NDTV Cricket app for Android or iOS.