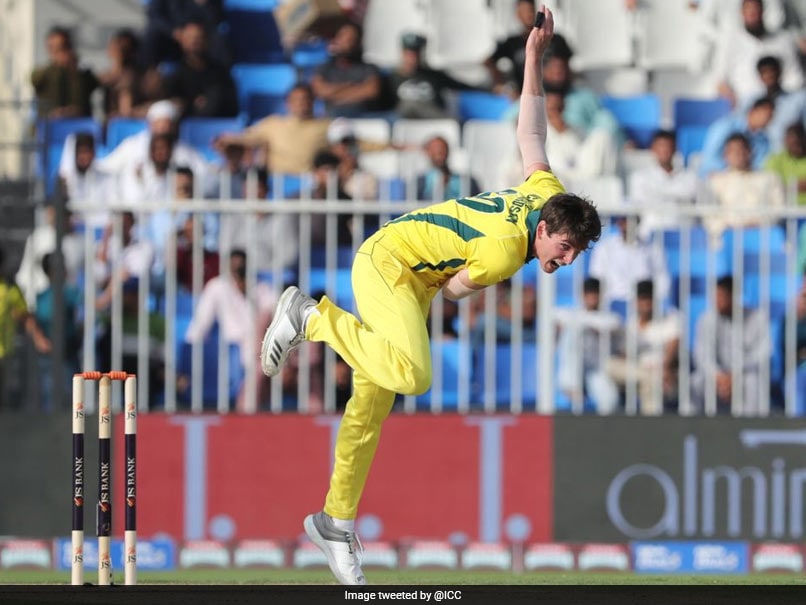 Australia's Jhye Richardson said that his team was satisfied with how they went about their planning and the decisions they made but failed to execute them properly which led to the defeat against New Zealand in the first T20I. New Zealand thrashed Australia by 53 runs on Monday in the first T20I to take a 1-0 lead in the five-match T20I series. "I think from a personal point of view I certainly missed my length. I think they batted really well. The outfield was exceptionally fast. It got a little bit dewy at the end so we found the ball was probably skidding on a little bit more at the end as to the start of the innings which probably helped them a little bit, just in terms of slower balls not sticking into the wicket as much as they were earlier," ESPNcricinfo quoted Richardson as saying.

"If we missed our length we got punished. I think the planning and everything from that aspect were fine. We were all satisfied with how we went about our planning and the decisions made out there. It just comes down to an execution thing," he added.

Australia had reduced New Zealand to 19/3 before Conway unleashed the beast within himself to score an unbeaten 99 off 59 balls and guided the hosts to 184/5.

The visitors never looked comfortable in the chase as they kept losing wickets at regular intervals and got dismissed for 131 runs. For New Zealand, Sodhi picked four while Boult and Southee scalped two wickets each.

Praising Boult and Southee, Richardson said: "[Boult and Southee are] two-class bowlers and we saw them keep it really simple while the ball was swinging, just bowling a really nice line and length and making us make mistakes."

The second T20I between both teams will be played on Thursday.

Australia Cricket Team Jhye Richardson New Zealand vs Australia, 1st T20I Cricket
Get the latest updates on India vs South Africa and check out  Schedule, Results and Live Score. Like us on Facebook or follow us on Twitter for more sports updates. You can also download the NDTV Cricket app for Android or iOS.