England hit a world record one-day international score of 498-4 to crush the Netherlands by 232 runs in Amstelveen on Friday, with three men scoring centuries 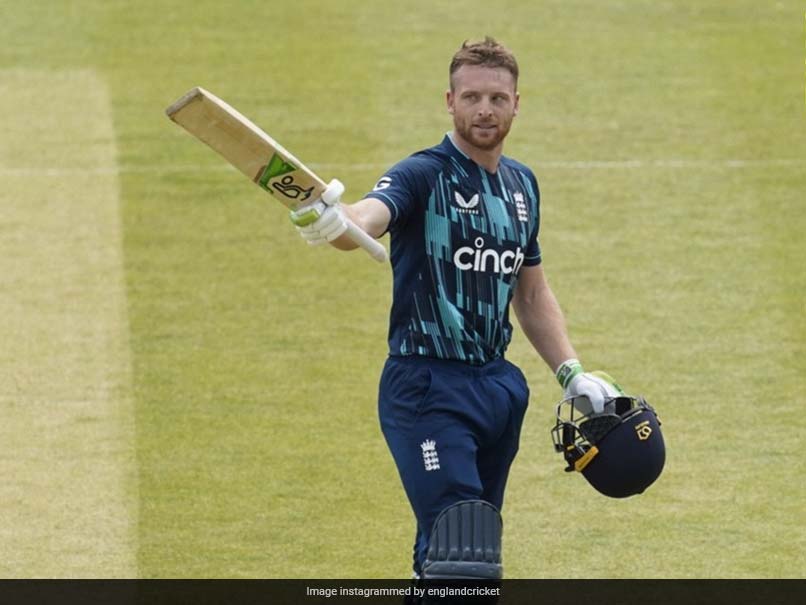 England hit a world record one-day international score of 498-4 to crush the Netherlands by 232 runs in Amstelveen on Friday, with three men scoring centuries. Eoin Morgan's side beat their own mark of 481-6 set against Australia at Trent Bridge in 2018, in the first match of the three-game series. Player of the match Jos Buttler, who finished on 162 not out, plundered his ton off just 47 balls -- missing his own record for the fastest England century by just one ball -- while Phil Salt and Dawid Malan also made three figures.

Liam Livingstone, batting at number six, made the fastest half-century in England's ODI history off just 17 balls -- the joint second-fastest of all-time.

In reply, the Dutch were all out for 266 with Scott Edwards top scoring with an unbeaten 72.

England made their intentions clear early in their innings when Salt smacked Dutch right-arm medium pacer Shane Snater for six -- the first in slugfest of 25 sixes and 36 fours to follow -- in near-perfect batting conditions.

The right-hander pulled a short ball over deep-midwicket to land just over the ropes to the ongoing delight of cheering away fans.

Salt suffered an early scare though in his innings, when the Netherlands -- who surprisingly opted to field after winning the toss -- dropped him on 40 in deep cover off the bowling of Bas de Leede.

England lost an early wicket when Jason Roy inside-edged a pitching delivery from Snater, and had to walk for a single.

Together with a stylish Malan, Salt put on a partnership of 222 before being caught on 122, slicing at a slower short ball by Logan van Beek.

Malan and Buttler then drove England with an even bigger partnership of 184 before Malan fell on 125 to a full delivery from Dutch skipper Pieter Seelaar, which Malan steered into the waiting hands of Bas de Leede at deep midwicket.

Malan looked trapped lbw on 25 off the bowling of the Dutch skipper earlier in his innings, but he got a reprieve after an initial out decision was overturned by the third umpire.

The left-hander smashed three sixes and nine fours, becoming only the third England player after Buttler and Heather Knight to score a ton in all three formats of the game.

But in the end it was Buttler who gave the young players in the Dutch team a masterclass batting lesson, hitting seven sixes and 14 fours in a magnificent innings on a day of records.

Cricket minnows the Netherlands managed to save some face, putting up a plucky 266 all-out -- a respectable score against the one-day world champions on any other day.

Top scorer was veteran wicket-keeper Edwards, who carved out a patient 72 not out and put on a spirited 59-run partnership with Seelaar before the skipper was clean bowled by David Willey for 25.

Max O'Dowd made 55 off 55 balls, including six fours and two sixes -- including one cracking a window in the media stand.

But the England bowlers, especially veteran spinner Moeen Ali, with three wickets and wily left-hand medium-pacer Willey with two, turned the screws on the Dutch who lost wickets at regular intervals.