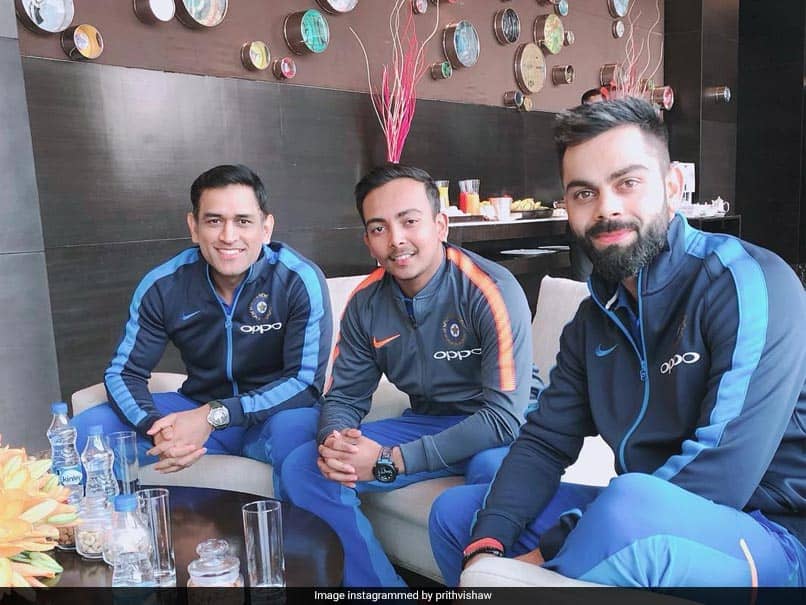 Prithvi Shaw made his debut in a Test match against the Windies in October last year.© Instagram

While many fans complimented Shaw for the caption, a user called it "past, current, future captains" in a single frame.

The 19-year-old opening batsman later posted the same photograph on his Instagram story, saying: "My all time great finishers of the game". 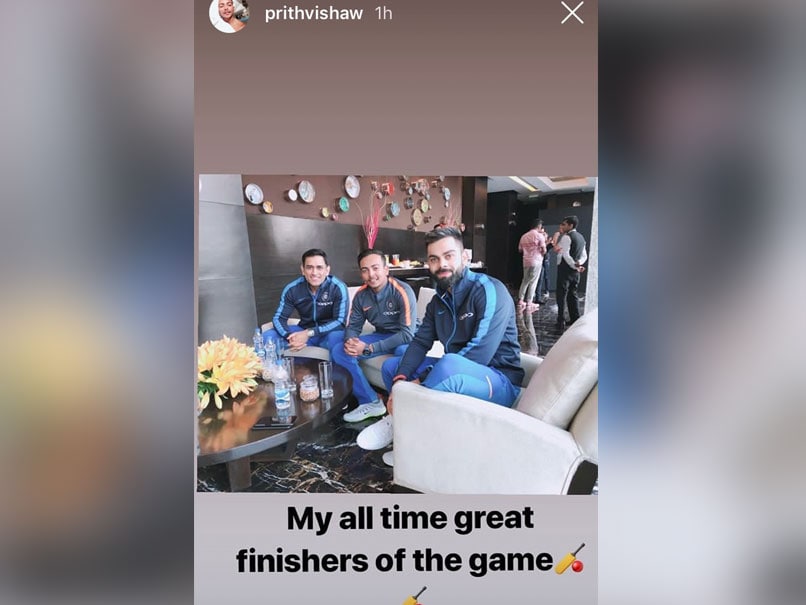 Shaw made his India Test debut in a match against the Windies at Rajkot in October last year. He smashed a 154-ball 134 on his debut and followed it up with another century in the subsequent Test in Hyderabad.

Shaw suffered an ankle injury and was ruled of the Test series in Australia, which India won for the first time in 71 years and 11 attempts.

However, the young batsman returned to form as he guided Mumbai to a fourth straight win in the Syed Mushtaq Ali Trophy, hammering Goa by six wickets in a Group C game of the T20 tournament in Indore last week.

Mumbai rode on Shaw's blazing 71 off just 47 balls to reach the target of 140 with 10 balls to spare. Shaw, who struggled in the last three games, finally found momentum and registered his first fifty of the tournament.