Mohammed Shami took a hat-trick against Afghanistan in 2019 World Cup and became the second Indian to achieve this feat in a 50-over World Cup after Chetan Sharma. 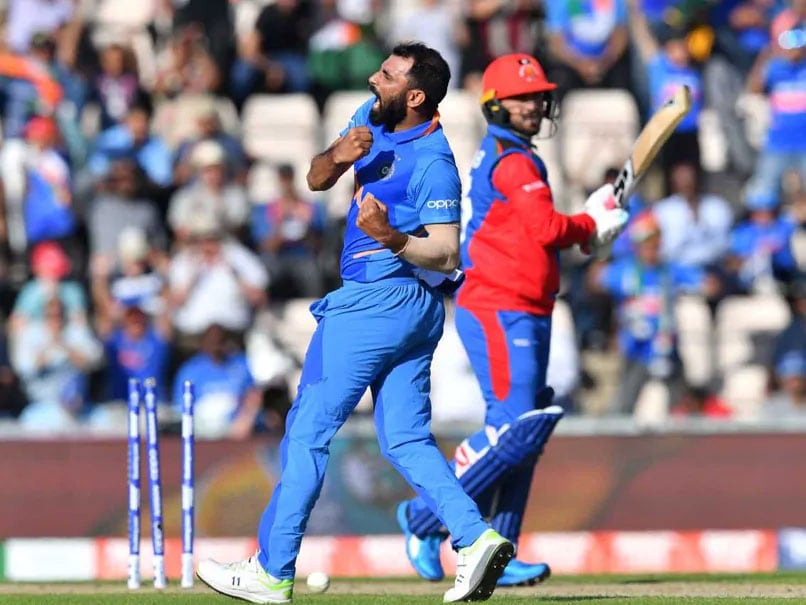 Mohammed Shami returned with figures of 4/40 in his 9.5 overs, helping India win by 11 runs.© AFP

On this day last year, India fast bowler Mohammed Shami took a hat-trick against Afghanistan and became the second Indian to do soin the 50-over World Cup after former fast bowler Chetan Sharma, who bagged the hat-trick against New Zealand during the 1987 edition. Shami's exploits helped India register an 11-run win against Afghanistanat the Rose Bowl in Southampton. Chasing a modest target of 225 runs, Afghanistan got off to a poor start and then lost two quick wickets in middle-overs.

Mohammad Nabi
Aftab Alam
Mujeeb Ur Rahman#OnThisDay last year, Mohammed Shami claimed a hat-trick in the last over to guide India to a tense 11-run victory over Afghanistan in #CWC19. pic.twitter.com/Rm8bckbIor

Asgar Afghan and Mohammad Nabi tried to build the innings but the former ended up losing his wicket to spinner Yuzvendra Chahal.

Shami bowled the final over of the innings and Nabi hit a boundary on the first delivery. On the third delivery, Nabi gave away an easy catch to Hardik Pandya at long-on, ending his 52-run knock.

Shami then continued his sublime form and took another two wickets to complete his hat-trick as he bowled both Aftab Alam and Mujeeb Ur Rahman on fourth and fifth ball respectively.

Earlier, Afghanistan displayed a spirited bowling performance to restrict India to 224 runs for the loss of eight wickets in the allotted fifty overs after being asked to bowl first.

The Rose Bowl, Southampton Cricket
Get the latest updates on IPL Auction 2023 and check out  IPL 2023 and Live Cricket Score. Like us on Facebook or follow us on Twitter for more sports updates. You can also download the NDTV Cricket app for Android or iOS.