Mohammad Kaif took to Twitter to share a video of a woman playing cricket with her child beside a busy road. 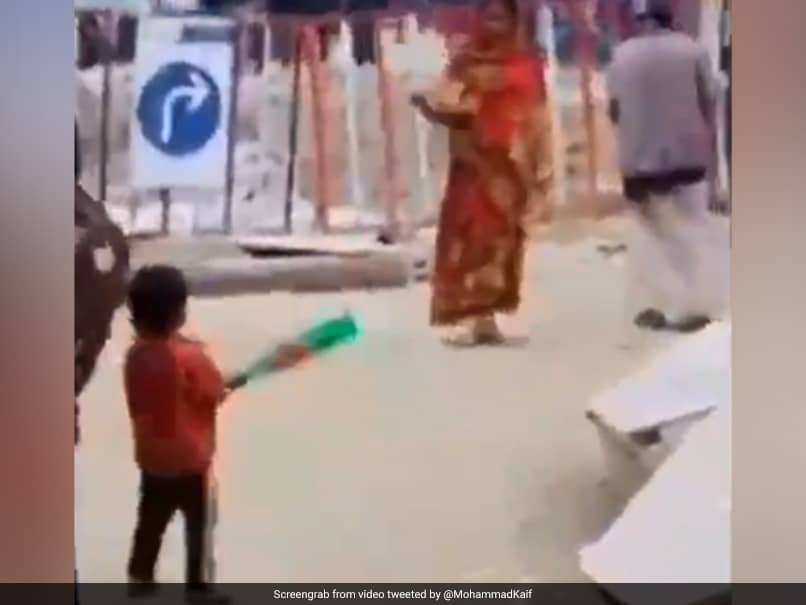 Mohammad Kaif said the one word to describe the video was "beautiful".© Twitter

It is said that in India, cricket is not just a sport, it's religion. It is followed by people from all walks of life who passionately look forward to the cricketers and consider them as idols. The game of cricket is arguably the one which kids, right from their childhood, start playing and aim to represent the country on the international stage. It's a game which transcends religion, class, status or gender and is loved by all. Former India cricketer Mohammad Kaif on Monday tweeted one such video which tells the tale of how popular the game of cricket is.

In the 27-second video, a child can be seen batting as his mother bowls. The child, who is hardly two or three years old, smashes the plastic ball to the side of a busy road, the boundary.

"Mother bowling, child batting. Just one word - Beautiful": Kaif wrote along with the video which instantly won hearts of the fans.

On Sunday, Kaif had garnered a lot of appreciation on social media after the he posted an image on Twitter with batting legend Sachin Tendulkar, who was termed as 'Lord Krishna' in it.

"My Sudama moment with Lord Krishna," the former Uttar Pradesh skipper had captioned the image, drawing huge applause on social media for his humility.

Comments
Topics mentioned in this article
Mohammad Kaif Cricket
Get the latest updates on India vs Australia Series, check out the India vs Australia Schedule for 2020-21 and Ind vs Aus live score . Like us on Facebook or follow us on Twitter for more sports updates. You can also download the NDTV Cricket app for Android or iOS.