The photograph shared by Mohammad Kaif was flooded with fans comments with some wishing the two while others making jokes out of it. 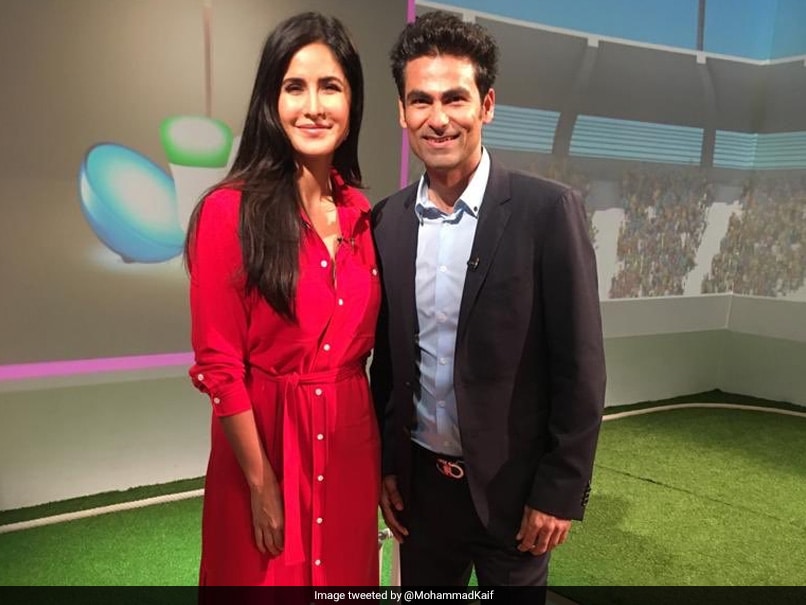 Mohammad Kaif, the former India cricketer who shares his surname with Bollywood actor Katrina Kaif sent twitter into a frenzy with a photograph of the two celebrities. "Finally the Kaif's meet. PS- As clarified earlier, abhi tak koi rishta nahi, except insaaniyat ka," Mohammad Kaif captioned the photograph, explaining the two Kaifs have no relation to each other except for humanity. The tweet was soon flooded with fans' comments, with some wishing the two while others making hilarious jokes out of it.

A fan called them "Mohammad Katrina", while other explained a commonality between the two: "Both Kaifs' career took a huge stardom from London; #KatrinaKaif from the movie Namaste London, @MohammadKaif from NatWest final on @HomeOfCricket Lord's London!"

Both Kaifs' career took a huge stardom from London; #KatrinaKaif from the movie Namaste London, @MohammadKaif from NatWest final on @HomeOfCricket Lord's London!

Watch it bro! Your wife follows you on twitter

Many fans lauded cricketer Kaif for his impressive fielding.

We miss your feelding kaif Bhai...

Katrina ur lucky to meet our rubber man replica of @JontyRhodes8

Kaif worked as an assistant coach with Delhi Capitals in the recently-concluded Indian Premier League (IPL) 2019. Along with Ricky Ponting and Sourav Ganguly in the coaching staff, Kaif helped Delhi Capitals finish third in the points table.

During the IPL 2019, Kaif had suggested a new rule should be brought in so that teams do not misuse the provision to replace fielders.

Pointing out specific instances from the current season, Kaif said it is unfair that teams can replace poor fielders with good fielders even when no injury has been sustained.

Speaking on behalf of the Delhi Capitals team management, Kaif said this is an issue that will be raised with the match officials.

"Good fielders are staying while poor fielders are going out. In the Delhi Capitals-Kolkata Knight Riders game, Piyush Chawla went out after bowling his four overs and Rinku Singh came in," Kaif said.

India Cricket Team Mohammad Kaif IPL 2019 Cricket
Get the latest updates on IPL Auction 2023 and check out  IPL 2023 and Live Cricket Score. Like us on Facebook or follow us on Twitter for more sports updates. You can also download the NDTV Cricket app for Android or iOS.