Former Pakistan coach Mickey Arthur defended his remarks about Wasim Akram and Misbah-ul-Haq saying he was "dignified in his comments". 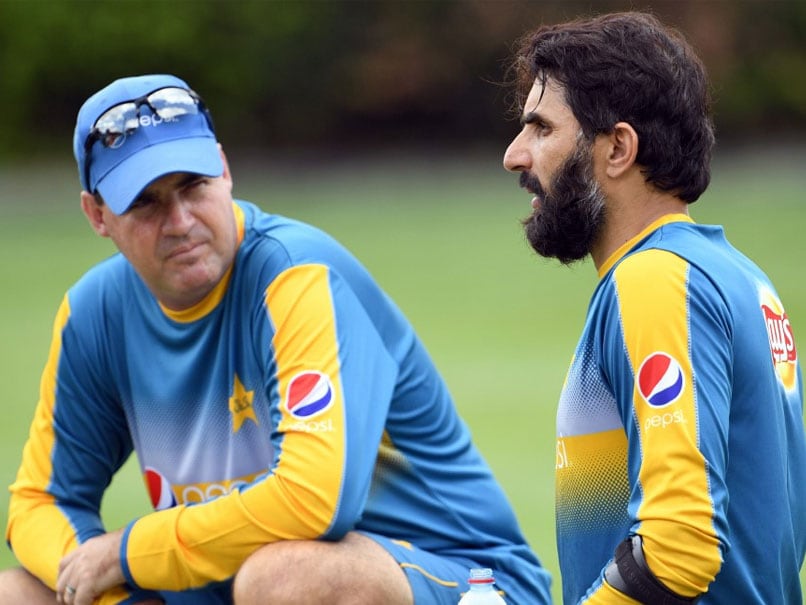 Mickey Arthur was removed from Pakistan head coach role on recommendation of a two-member committee.© AFP

Pakistan's former cricket coach Mickey Arthur on Friday defended his comments that linked former captains Wasim Akram andMisbah-ul-Haq to his ousting last month. Arthur caused a stir in Pakistani cricket circles earlier this week after he went into detail about his axing in an interview with ESPNcricinfo podcast Stump Mic. Following a disappointing World Cup performance, the Pakistan Cricket Board set up a committee including Wasim and Misbah to shape the team's future direction.

The committee decided against renewing Arthur's contract, which paved the way for Misbah to be named the country's chief selector and new head coach.

Arthur said he had supported the participation of both Wasim and Misbah on the committee but was disappointed with the decision after placing his trust in them.

"I guess the only disappointment I have out of the whole lot is that there were some people I really trusted who ultimately didn't follow through," said Arthur during the interview.

"And it just happened to be that Misbah was on the committee that didn't renew our contracts and becomes this heir-apparent," he added.

Arthur refused to speak ill of Misbah in the interview.

"Misbah will do a good job, Misbah is a good guy and Pakistan cricket made their decision. I was disappointed because I loved every second of that job."

The comments caused a stir in Pakistani media, where cricket gossip is widely reported.

Speaking to AFP by phone from Perth, said he had the right to speak his mind after faithfully serving the team for three years.

"I was dignified in my comments because I love Pakistan, the players I worked with, spent time with for three years and respect Misbah and Wasim," Arthur told AFP.

"I felt disappointed because I had some unfinished business to do with the Pakistan team and would have loved to continue. But now we have moved on and I wish Pakistan team the best of luck under Misbah."

Wasim and Misbah both defended their actions following the World Cup.

"I have played for Pakistan and I serve Pakistan cricket in some capacity or the other, so when I was asked to join the committee to decide about the head coach I gave my honest opinion," Wasim told AFP in Karachi.

Misbah added that Arthur was entitled to his opinion.

"As a member of the cricket committee we gave our honest opinion. I had good relations with Mickey," he added.

"Good relations are always there and will remain there," the current Pakistan head coach added.

Misbah-ul-Haq Wasim Akram Cricket Pakistan Cricket Board
Get the latest updates on Fifa Worldcup 2022 and check out  Fifa World Cup Schedule, Stats and Live Cricket Score. Like us on Facebook or follow us on Twitter for more sports updates. You can also download the NDTV Cricket app for Android or iOS.