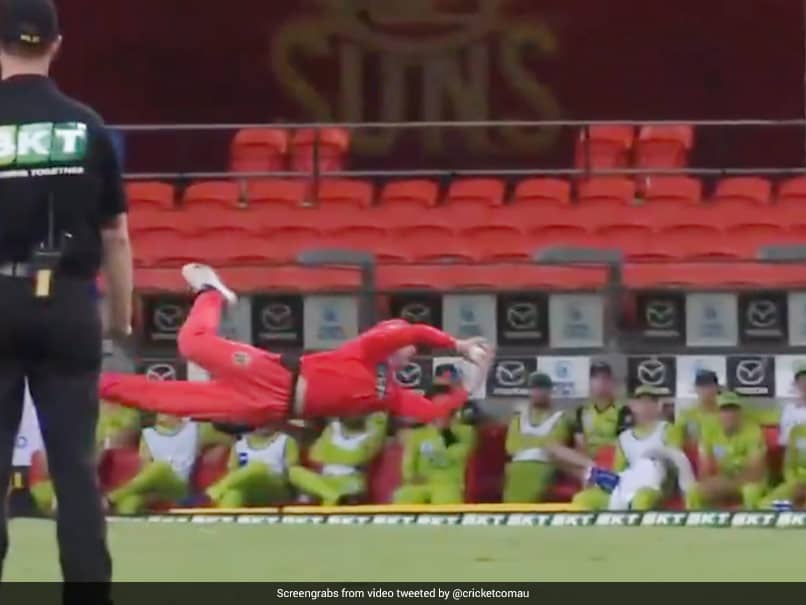 Melbourne Renegades youngster Mackenzie Harvey pulled off an incredible catch to dismiss Sydney Thunder opener Alex Hales, in the 22nd match of Big Bash League (BBL) 2020. Hales was left shocked with bowler Mitchell Perry in a state of disbelief, as Harvey delivered a strong contender for the "catch of the tournament". The English batsman directed a full toss from Perry towards the point boundary, with the ball travelling to the left of the fielder at backward point. Harvey who was the fielder at the position, threw himself in the direction of the ball, pulling off a fine mid-air catch. The Australian 20-year-old impressively managed to remain in control of the catch, after falling onto the ground. "The catch of the tournament!? The best fielder in the world!? What a grab...," read the caption on the video of the catch posted by Cricket Australia on their official Twitter handle.

The catch of the tournament!? The best fielder in the world!? What a grab...#BBL10 | @BKTtires pic.twitter.com/ByRq1ecBCL

Sydney Thunder won the match by 7 runs, on the basis of DLS method. Thunder skipper Callum Ferguson won the toss and opted to bowl, restricting their opponents to 166/6 in 17 overs in a rain-curtailed game.

Ferguson's team was handed a revised target of 173 in 20 overs, with Hales getting the side off to a fine start. The Englishman smashed 45 runs off 18 deliveries, before being sent back in the fourth over following Harvey's fine catch.

The Australian's excellent display on the field, however, could not help his side emerge victorious, as Sydney Thunder finished ahead by seven runs on the basis of DLS at the end of the 12th over which is when rain played spoilsport yet again.

Alex Hales Cricket
Get the latest updates on India vs England Series, India vs England , live score and IPL 2021 Auction . Like us on Facebook or follow us on Twitter for more sports updates. You can also download the NDTV Cricket app for Android or iOS.