Marnus Labuschagne took to Twitter to post a video of him playing basketball and revealed that he was inspired by NBA legend Michael Jordan. 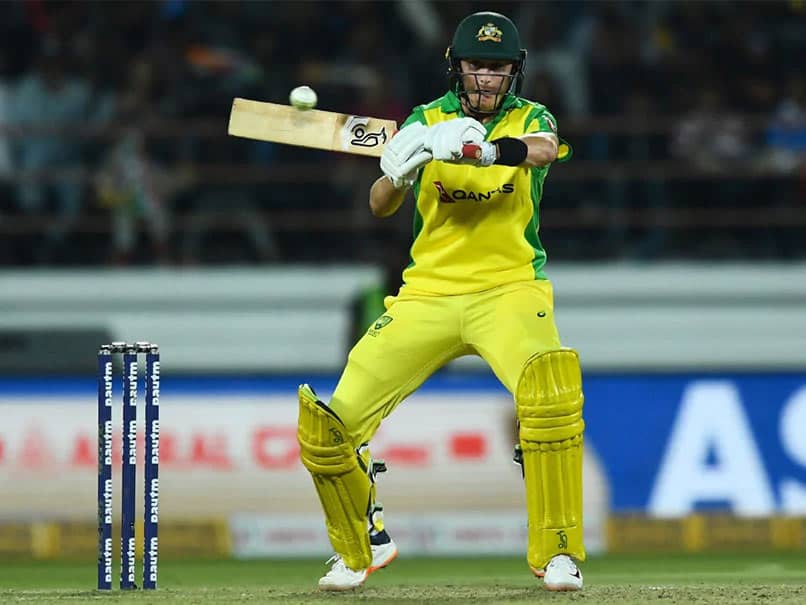 Marnus Labuschagne is spending time at home amid the forced break due to coronavirus.© AFP

Marnus Labuschagne took to Twitter to post a video of him playing basketball and revealed that he was inspired by NBA legend Michael Jordan. The Australian batsman was watching a documentary series "The Last Dance" and that inspired the 25-year-old to 'shoot some hoops'. In the nine-second video, Labuschagne can be seen nailing a two-pointer and then celebrating by shouting Jordan. "Watching the Last Dance documentary has got our household very excited to shoot some hoops. Don't mind the poor refereeing #doubledribble #MJ #lastdance #basketball," Labuschagne captioned the video.

Recently, Labuschagne voiced his opinion on what players needs to do once cricket resumes after the coronavirus pandemic and said that players will have to adapt to whatever tweaks International Cricket Council (ICC) make in the game.

The ICC is planning to change some rules temporarily to resume cricket like banning the usage of saliva on the ball.

Labuschagne also mentioned that if India did not tour Australia later this year, he and the whole Australian team would be devastated.

Replying to a query on the tour in an online press meet, Labuschagne said, "Well it would mean that we are not playing cricket which is pretty devastating for myself, the rest of the team and for the country."

The Australian batsman is also spending time at home much like other cricketers around the world amid the forced break due to the coronavirus pandemic.

Last month, Labuschagne shared a video of his "backyard training session" with his dog that went viral on social media.

Comments
Topics mentioned in this article
Marnus Labuschagne Cricket
Get the latest updates on IPL 2020, check out the IPL Schedule for 2020 and Indian Premier League (IPL) Cricket live score . Like us on Facebook or follow us on Twitter for more sports updates. You can also download the NDTV Cricket app for Android or iOS.