Manish Pandey Guides India A To 113-Run Win Over Afghanistan

Skipper Manish Pandey continued his good form as India A outclassed Afghanistan A by 113 runs to record their second victory in the tri-nation one-day series on Tuesday. 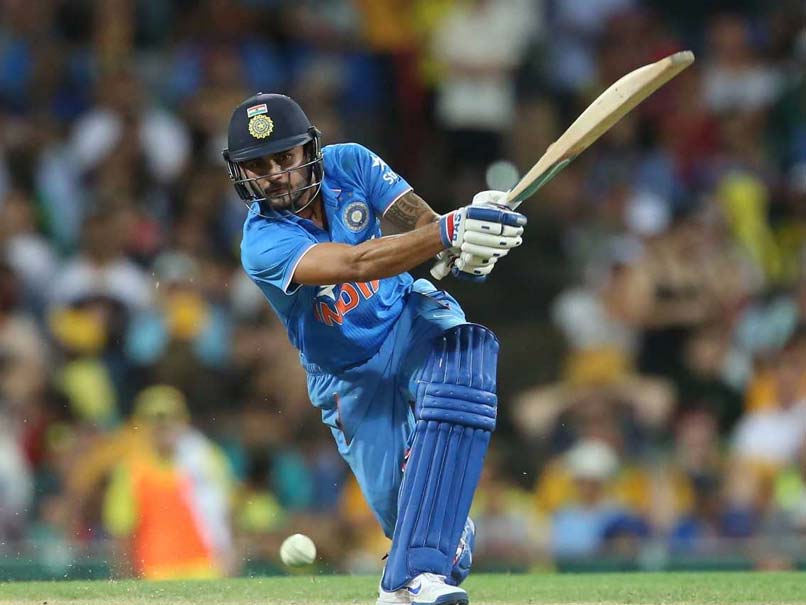 Manish Pandey blasted nine boundaries and a six in his knock.© AFP

Pretoria (South Africa): Skipper Manish Pandey continued his good form as India A outclassed Afghanistan A by 113 runs to record their second victory in the tri-nation one-day series on Tuesday. In what turned out to be an authoritative batting display, India A piled up a commanding 322 for 5, riding on half-centuries from Pandey (86 off 87) and Rishab Pant (60 off 59). Krunal Pandya played a fiery cameo, smashing 48 off 27 balls to make a significant contribution.

Chasing a stiff target, Afghanistan batsmen got starts but they could not capitalise.

Javed Ahmadi (21), Younas Ahmadzai (28), Rahmat Shah (28) were out despite making good starts as Afghanistan were looking down the barrel at 98 for 5 in the 27th over.

Najibullah Zadran (62 off 78) stood amidst the ruins with a strokeful fifty.

Earlier put into bat, India A made a watchful start with Karun Nair and Iyer putting up 38 before the former was dismissed by Nawaz Khan in the ninth over.

Iyer and Pant then brought up the 100 in 20.1 overs but the opener too was removed in the 22nd over by Sharafuddin Ashraf.

At 108-2, Pandey joined Pant and the duo added 42 runs as India A reached 150 in 28th over. Rahmat Shah then dismissed Pant with Ashraf taking the catch. His innings was studded with five boundaries and a six.

Pandey and Deepak Hooda (32) forged a 78-run partnership for the fourth wicket to take India A across the 200-mark.

In the 42nd over, Hooda removed Ashraf, who trapped him infront of wicket as India A slipped to 228 in 41.2 overs.

Krunal then took the Afghanistan attack to the sword with a 27-ball 48, laced with seven hits to the fence and a six to take India A close to 300-run mark. The 26-year-old from Baroda added 51 runs in 30 balls with Pandey for the fifth wicket but he was dismissed in the 48th over by Mohammad Ibrahim.

Shankar (18) blasted two sixes as he and Pandey helped India A put up a challenging score on the board.