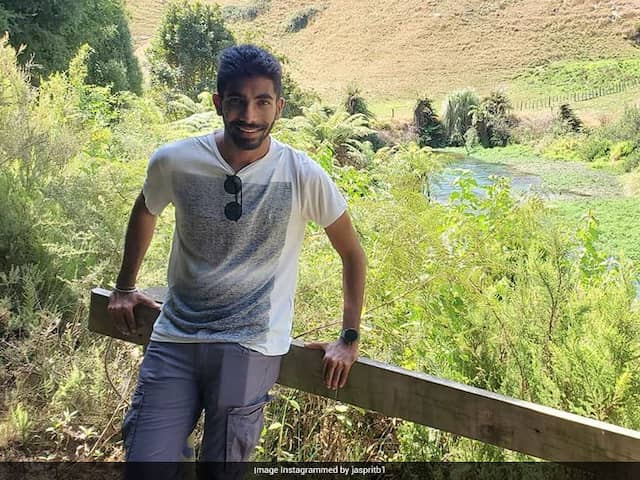 Bumrah tried his best to avoid answering the question, but Yuvraj kept trying.

Former India all-rounder Yuvraj then said that he would not mind if the pacer ended up choosing Dhoni.

During the Instagram Live session, Yuvraj also asked Bumrah to name the better batsman between Virat Kohli and Sachin Tendulkar.

However, Bumrah also dodged this question saying that he does not have much experience.

Yuvraj went on to praise Bumrah, saying the pacer has the potential to become the number one bowler in the world in all three formats of the game.

During the Instagram Live session, Yuvraj said: "You need to believe that you would be the number one bowler in the world. You should not be bothered about what the outside world thinks."

Bumrah also said during the session that people had ruled out a a cricket career for him due to his unusual action.

"Many people told me that I won't play for long, there was an expectation that the last person to play for the country would be me," said Bumrah when Yuvraj asked him about his high-arm bowling action.

"They told me that I would just play one or two Ranji Trophy games, that it (the action) is difficult for the body. But I kept on improving and I persisted with my action," the pacer said.

He managed to take six wickets, but the side lost the series 0-2. This was their first defeat in the World Test Championship.

Bumrah is currently ranked as the number two bowler in the ICC ODI rankings, while he is on the seventh spot in the Test rankings.

He would have been in action for Mumbai Indians in the Indian Premier League (IPL) if the tournament had commenced on March 29.

However, the tournament has been postponed indefinitely due to the coronavirus pandemic.