Lasith Malinga will play his last ODI on July 26 when Sri Lanka and Bangladesh lock horns in the first game of the three-match series. 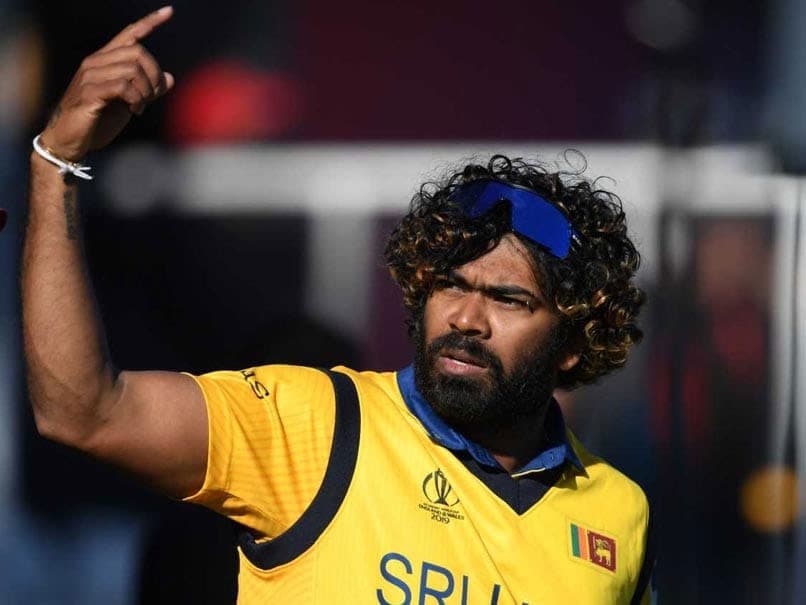 Lasith Malinga will be playing his final One-day International (ODI) in Colombo on Friday against Bangladesh. Sri Lanka are scheduled to play a three-match ODI series against Bangladesh, beginning July 26. Sri Lanka's captain Dimuth Karunaratne said on Monday that the 35-year-old fast bowler has expressed his desire to retire from ODI cricket after the first match of the upcoming series. One of Sri Lanka's finest limited-overs cricketers, Malinga had already announced his retirement from Test cricket back in 2011. Malinga is hoping to represent Sri Lanka in the T20 World Cup next year in Australia.

Malinga invited fans to his farewell ODI at the R. Premadasa Stadium in Colombo on Friday and said the cricket board agreed to his request to retire from the 50-over format of the game.

Posting a video message to his fans on his wife's Facebook page, Malinga said he felt no ill will towards officials and players who may have tried to push him out of the team.

The 35-year-old said he was sidelined by selectors two years ago but was able to prove his value to the national team at the recent World Cup.

"Friday will be the last day you will see me playing a (sic) ODI match," Malinga said. "If you can, please come for the match."

During practice Tuesday ahead of the first ODI against Bangladesh, Malinga said he hoped to play T20 cricket and had his sights on the 2020 World Cup in Australia.

"I hope I will have an opportunity to play in that tournament, but if there are better players than me, I don't mind being left out."

Malinga was named in the 22-man Sri Lanka squad for the series with matches scheduled for July 26, 28 and 31 at the R. Premadasa Stadium.

He will leave as Sri Lanka's third-highest wicket-taker in ODI cricket with 335 wickets in 219 innings so far.

Only Muttiah Muralitharan (523) and Chaminda Vaas (399) have taken more wickets than Malinga in ODIs for Sri Lanka.

He was Sri Lanka's highest wicket-taker at the recently-concluded World Cup 2019, claiming 13 wickets in seven innings.

Dimuth Karunaratne Cricket
Get the latest updates on IPL 2021, check out the IPL 2021 Schedule and Indian Premier League Live Score . Like us on Facebook or follow us on Twitter for more sports updates. You can also download the NDTV Cricket app for Android or iOS.