Lasith Malinga will bid adieu to One-Day International cricket after the first game against Bangladesh. 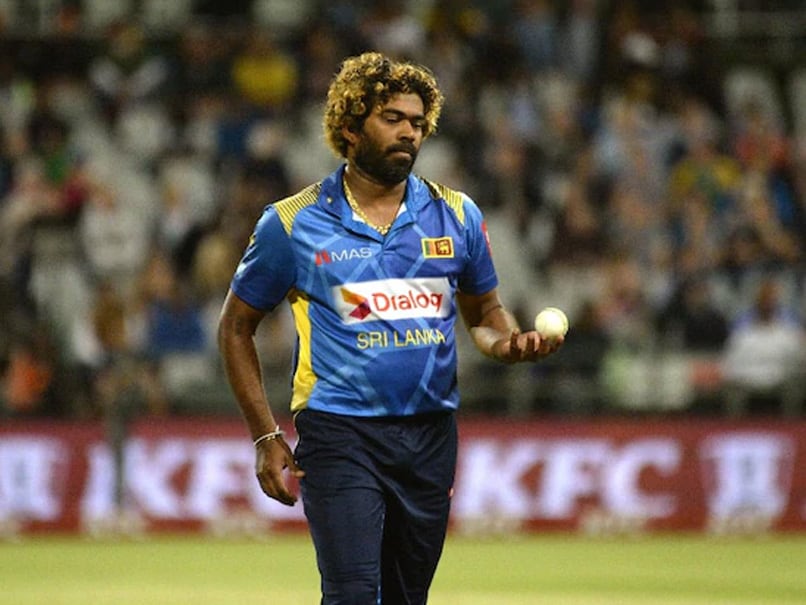 Lasith Malinga will retire from One-Day International (ODI) cricket on July 26 after the first match of the three-ODI series against Bangladesh, Sri Lanka's captain Dimuth Karunaratne said at a press conference in Colombo on Monday. The 35-year-old fast bowler has played 225 ODIs for Sri Lanka, having claimed 335 wickets at an impressive average of 29.02. One of the highlights of Lasith Malinga's ODI career has been a match against South Africa in the 2007 World Cup in West Indies. The right-arm fast-bowler took four wickets in four balls against South Africa but South Africa managed to get over the line by one wicket.

Malinga was named in the 22-man Sri Lanka squad for the series with matches scheduled for July 26, 28 and 31 at the R Premadasa Stadium in Colombo. Speaking at the team's press conference in the Sri Lankan capital, Karunaratne confirmed that the right-handed fast bowler and former captain would only appear in the first game.

"He is going to play the first match. After that he is retiring. That's what he said to me. I don't know what he said for the selectors but for me he said he is playing only one match," said Karunaratne.

Malinga, 35, will leave as Sri Lanka's third highest wicket-taker in ODI cricket with 335 wickets in 219 innings so far.

Only Muttiah Muralitharan (523) and Chaminda Vaas (399) have taken more wickets than Malinga in ODIs for Sri Lanka.

He was Sri Lanka's highest wicket-taker at the recently-concluded World Cup 2019, claiming 13 wickets in seven innings.

Malinga retired from Test cricket in 2011 but continued to remain available in other formats since then.