Lance Klusener had previously worked as batting coach of Zimbabwe and South Africa, and head coach of the South Africa domestic side Dolphins, as well as bowling coach of IPL franchise Mumbai Indians. 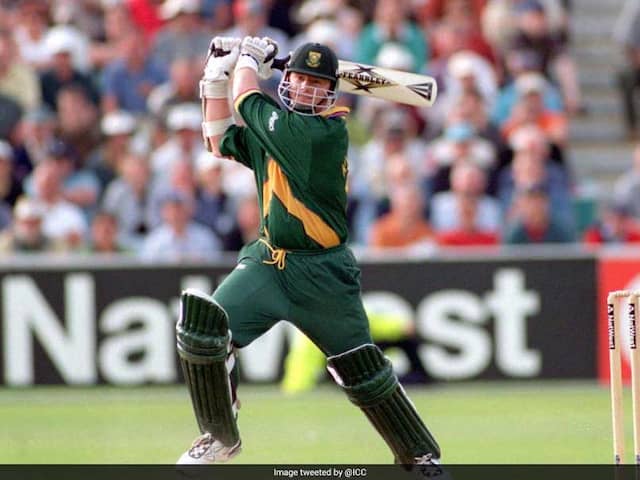 Lance Klusener has been appointed as new head coach of Afghanistan.© Twitter: ICC

Former South Africa all-rounder Lance Klusener was on Friday appointed the new head coach of the Afghanistan cricket team. Klusener will replace Phil Simmons, whose 18-month stint with the national side ended with their last-place finish in the World Cup, an ICC statement read. "I am extremely excited and honored to be given the opportunity to work with some of the best talent in world cricket," said Klusener on ICC's website.

"Everyone knows the fearless brand of cricket Afghanistan play. I am very confident that with some hard work we can become one of the best sides in the world."

Rashid Khan was also named the captain for all three formats after the World Cup.

"Lance Klusener is a renowned name in the cricketing world. It will be great to see our players benefit from his vast experience both as a player and a coach." Lutfullah Stanikzai, ACB's CEO, said.

Klusener had previously worked as batting coach of Zimbabwe and South Africa, and head coach of the South Africa domestic side Dolphins, as well as bowling coach of Indian Premier League franchise Mumbai Indians.

"I am really looking forward to working with the Afghanistan team and helping them take their cricket to the next level," he said.

Klusener will start with the series of one Test, three ODIs and three T20Is against West Indies at 'home' in November-December.

South Africa Cricket Team Lance Klusener Cricket
Get the latest Cricket news, check out the India cricket schedule, Cricket live score . Like us on Facebook or follow us on Twitter for more sports updates. You can also download the NDTV Cricket app for Android or iOS.