West Indies moved up two spots to 6th in the ICC Test rankings after a 2-0 away series win against Bangladesh and a drawn series at home against Sri Lanka. 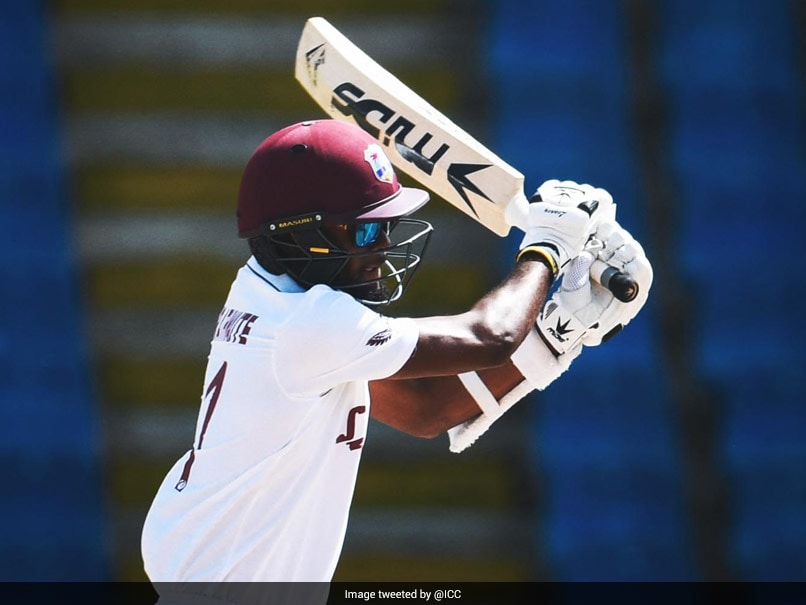 West Indies Test skipper Kraigg Brathwaite praised his players and support staff following his team's good show in the latest ICC Test rankings. The West Indies team made a significant move up in the ICC Test match rankings, following the release of the latest list on Thursday. The side moved up two places to sixth place, leapfrogging South Africa and Sri Lanka. West Indies are on 84 points ahead of the Proteas on 80 and Sri Lanka on 78. Brathwaite said this is the beginning of the climb towards higher rankings.

"I'm very proud of the team to jump two places in the Test rankings. I think this is just the beginning of good things to come," said Brathwaite while speaking to Cricket West Indies (CWI).

"As a group it shows that we can climb up the ladder and it's just important for us to work hard and keep the belief and attitude to doing things right - in the preparation and the execution on the field. Once we continue to do the small things right, and have the right attitude ... because Test cricket is never easy... the sky is the limit," he added.

The West Indies' growth and progress came after their memorable 2-0 win away to Bangladesh and the hard-fought 0-0 draw in the Sandals Test Series at home against Sri Lanka.

"I am pleased to see the improvement from eighth to sixth in our Test ranking. This comes on the back of good cricket played earlier in the year against Bangladesh and Sri Lanka," said Jimmy Adams, CWI's Director of Cricket.

"Firstly we should recognize the efforts of the players and support staff on the ground who have delivered results under pressure and secondly to the large number of people working tirelessly in the background to support them in the face of multiple challenges. We continue to work hard towards our strategic goal of top 3 rankings across all formats," he added.

Meanwhile, the ICC WTC finalists India and New Zealand are the top two teams respectively in the ICC Men's Test team rankings after the annual update carried out on Thursday.

India gained one rating point for an aggregate of 121 and New Zealand are only one point behind after gaining two points in Thursday's update, which eliminates results from 2017-18.

West Indies Cricket Team Kraigg Brathwaite Cricket
Get the latest updates on ICC Women's Cricket World Cup 2022 and IPL 2022, check out the Schedule , Live Score and IPL Points Table. Like us on Facebook or follow us on Twitter for more sports updates. You can also download the NDTV Cricket app for Android or iOS.