Mumbai Indians posted an endearing picture of Kieron Pollard with his baby Kylon on the kid's second birthday. 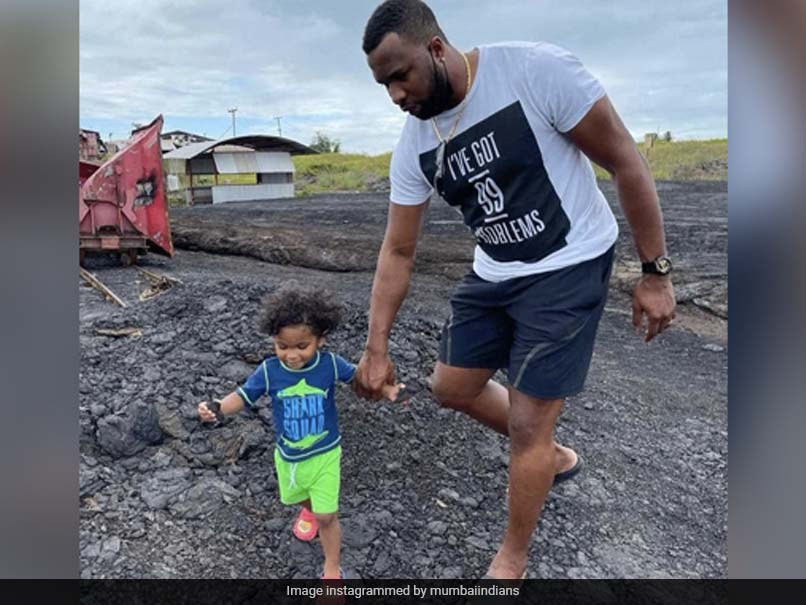 Fans also wished Kylon on the special occasions in the comment box. While some wrote happy birthday, others dropped heart eye emojis for the adorable two-year-old.

Pollard would be next seen in action during South Africa's tour of the West Indies next month. West Indies would play host to South Africa for two-match Test series and five-match T20I series, starting on Jun 10.

While the West Indies are yet to name their Test squad, they have announced an 18-member team for the T20I series. Pollard would lead West Indies in the T20Is. After the conclusion of the South Africa tour, West Indies would host Australia for a five-match T20I and three-match ODI series.

Pollard was last seen in action for MI during the now suspended Indian Premier League (IPL) 2021.

He looked out of form during the initial six games for Mumbai in IPL 2021. However, he roared back in their last match against Chennai Super Kings (CSK) on May 1.

Pollard scored an unbeaten 87 runs off 34 balls as Mumbai defeated Chennai by four wickets in the last ball thriller. He also picked two wickets and conceded 12 runs in the match.

Kieron Pollard Cricket
Get the latest updates on IPL 2021, check out the IPL 2021 Schedule and Indian Premier League Live Score . Like us on Facebook or follow us on Twitter for more sports updates. You can also download the NDTV Cricket app for Android or iOS.