Kemar Roach said that staying in one place for almost two months can get mentally tough for the players. 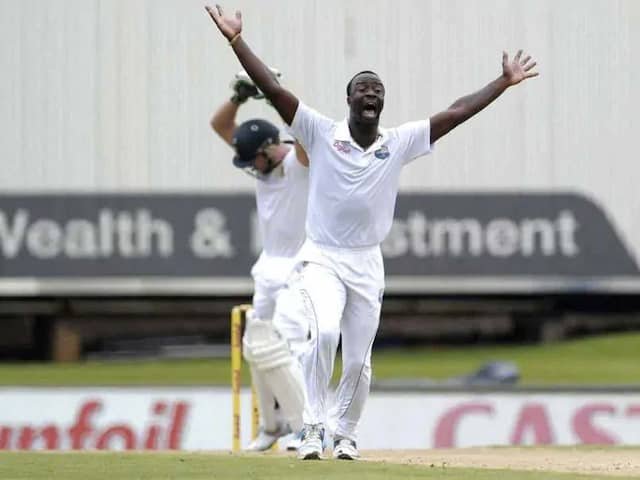 Ahead of the three-Test series against England, Windies pacer Kemar Roach said he hopes that bio-secure cricket will not go far into the future and normal playing conditions return as soon as possible. The West Indies squad will live, train and play in a ''bio-secure'' environment in England during the seven weeks of the tour, as part of the comprehensive medical and operations plans to ensure player and staff safety. The bio-secure protocols will also restrict movement in and out of the venues.

In an interaction with ANI from Manchester, the Windies pacer said that staying in one place for almost two months can get mentally tough for the players. He also said that the players might find it hard to go against their natural instincts of high-fiving during cricket matches.

"Hopefully, it doesn't go too far into the future. It's different. Usually, we would have already left the hotel to at least get a coffee. However now, you're confined for basically two months and I imagine it will get mentally tough, but as time goes by, we'll see how this disease is managed and hopefully, we will get back to normalcy," Roach told ANI.

"My belief is that if we have been all tested and the results are negative, I think we should be able to operate normally. But with the rule changes coming in, I think some guys will struggle to go against their natural instinct of high fiving and celebrating together because that's what we have been doing since we have been playing. It''s something we will have to adapt to and try to work with," he added.

The England-West Indies three-Test series will be played behind closed doors. However, Roach reckons that playing without crowds would not be too much of a challenge, and players will have the desire to perform once they step on the cricket field.

"I don't think it's much pressure. Once the guys focus on cricket and operating within the new guidelines, we should be good. I know there will be no fans around and that usual atmosphere will be missing, but I don't think it will be too much of a challenge. The guys are in a very good mental space and just eager to get out there and put in some good performances," Roach said.

"It will be tough for all of the guys, but once we cross that line, I think the desire will still be there to perform and we can expect to see cricket played with the same level of intensity that it always has," he added.

The England-Windies Test series will be held at Hampshire's Ageas Bowl and Lancashire's Emirates Old Trafford, which have been chosen as bio-secure venues.

The proposed dates for three Tests are:

The ICC has also confirmed interim changes to its playing regulations, which include the ban of saliva to shine the ball and allowing replacement of players displaying symptoms of COVID-19 during a Test match.

Old Trafford, Manchester Cricket
Get the latest Cricket news, check out the India cricket schedule, Cricket live score . Like us on Facebook or follow us on Twitter for more sports updates. You can also download the NDTV Cricket app for Android or iOS.