Jonty Rhodes talks about how it is important to stay healthy during this lockdown period. 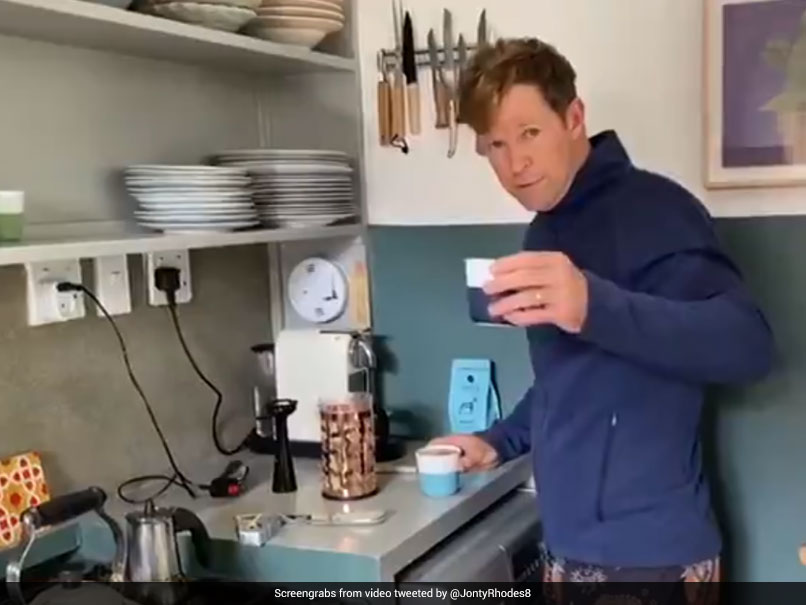 Former South Africa cricketer Jonty Rhodes, much like other cricketers and sports personalities from across the globe, is enjoying time with his family amid the coronavirus scare. The legendary South African fielder took to twitter to share a video, in which Jonty Rhodes can be seen making "bullet coffee" in his kitchen. In the caption of the tweet, he wrote, "#stayhealthyathome #lockdown #stayathome".  Many cricketers from India and other countries have been entertaining fans by sharing workout videos during the lockdown. However, Jonty Rhodes' unique post on Twitter sent the fans into a frenzy.

In the minute-long video, Jonty Rhodes talks about how it is important to stay healthy during this lockdown period. He adds that the drink is very filling and helps you get energized before your exercise routine. Jonty Rhodes has been quite active on social media in the recent past and has shared a few videos as well.