Veteran India off-spinner Harbhajan Singh came up with a special request after Jonty Rhodes posted a picture of him taking a dip in the river Ganges in Rishikesh. 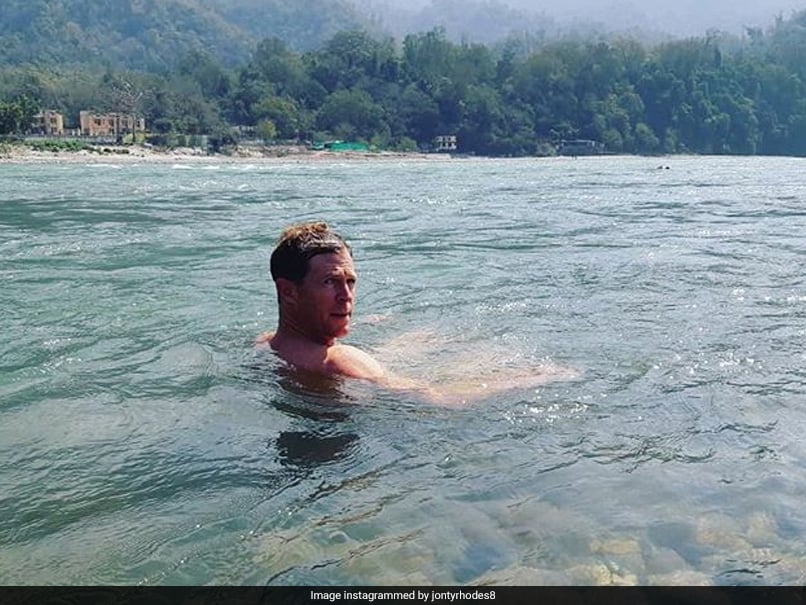 Jonty Rhodes tweeted a picture of him taking a dip in the river Ganges in Rishikesh.© Instagram

Harbhajan Singh took to Twitter and demanded a special request from former South Africa cricketer Jonty Rhodes after the latter posted a picture of him taking a dip in the river Ganges in Rishikesh. Harbhajan Singh, while retweeting Jonty Rhodes' tweet, said that the South African has seen more India than him and asked Rhodes to take him along next time. "You have seen more India than me my friend.. good to see you enjoying and having dip in holy Ganga. Next time take me along," Harbhajan Singh tweeted.

You have seen more india thn me my friend.. good to see you enjoying and having dip in holy Ganga next time take me along https://t.co/TgTlGgnTSe

The 50-year-old Rhodes is probably in India for the upcoming edition of the Indian Premier League (IPL) where he will don the fielding coach's hat for Kings XI Punjab.

Rhodes was associated with Mumbai Indians from 2009 to 2017 and during his tenure with the Mumbai-based franchise, the team won three IPL titles.

Interestingly, Jonty Rhodes seems to have a special connection with India as he named his daughter, born in 2016, India Jeanne Rhodes.

"I have spent a lot of time here. What I love about India is that it's a rich mix of culture, heritage and tradition. It is a very spiritual country, very forward-thinking nation. I really like that combination. You have to have a good balance of life," Rhodes had said.

"With the name like India, she will have the best of both worlds and that sort of balance," he added.

Kings XI Punjab Harbhajan Singh Jonty Rhodes Cricket
Get the latest updates on T20 World Cup, check out the T20 World Cup Schedule and Live Score . Like us on Facebook or follow us on Twitter for more sports updates. You can also download the NDTV Cricket app for Android or iOS.