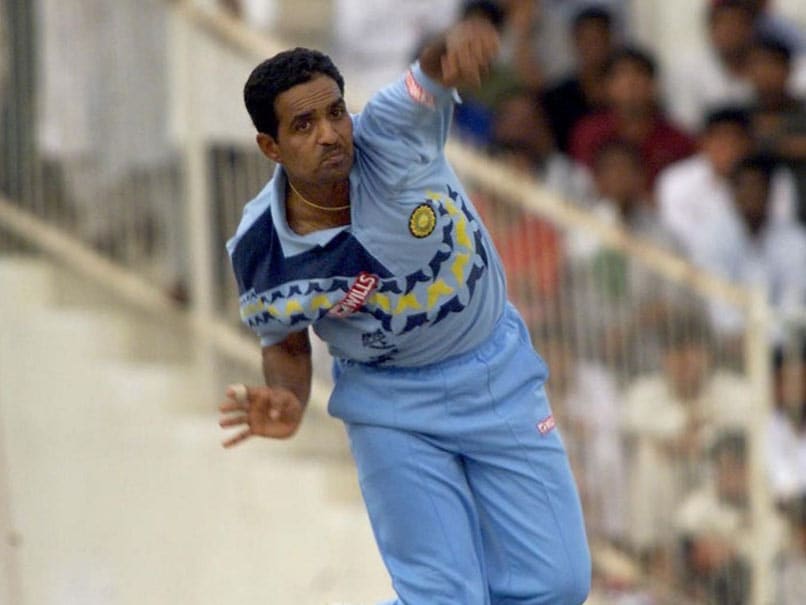 Sunil Joshi has been named as the new chief selector of the Indian men's cricket team.© AFP

In an unprecedented decision, the BCCI said the CAC will review the panel's performance after one year and "make recommendations" accordingly.

Harvinder was chosen from central zone and replaces Gagan Khoda in the panel. The existing members of the selection panel are Jatain Paranjpe (West), Devang Gandhi (East) and Sarandeep Singh (North). "We have picked the best guys for the job.

We picked them (Joshi and Harvinder) because they were clear in their views," Lal told PTI.

Specifically on Joshi, Lal said: "We liked his straight-forward attitude. He is experienced also (having been part of the Bangladesh support staff)".

The CAC had shortlisted five candidates for interviews -- Joshi, Harvinder, Venkatesh Prasad, Rajesh Chauhan and L S Sivaramakrishnan -- from a list of 40 applicants.

The likes of Ajit Agarkar and Nayan Mongia did not even make the short-list but the former will be back in contention after Paranjpe's term ends in September along with Gandhi and Sarandeep.

Joshi's selection from South Zone and Harvinder getting picked from Central Zone also shows that the Board has stuck with the zonal policy.

Their predecessors, Prasad and Khoda, who were appointed back in 2015 and given an extension last November.

The playing credentials of the Prasad-led panel were often questioned and this time too, the CAC decided to pick Joshi and Harvinder over more experienced candidates.

In the media interaction held after the announcement, Lal said the BCCI office-bearers, including president Sourav Ganguly, gave the CAC a free hand in choosing the candidates.

"Ganguly did not even say a word," added Lal.

India Cricket Team BCCI Sunil Joshi Cricket
Get the latest updates on Fifa Worldcup 2022 and check out  Fifa World Cup Schedule, Stats and Live Cricket Score. Like us on Facebook or follow us on Twitter for more sports updates. You can also download the NDTV Cricket app for Android or iOS.