The CAC comprising of Madan Lal, RP Singh and Sulakshana Naik have been assigned to pick two new selectors as MSK Prasad and Gagan Khoda have finished their tenures. 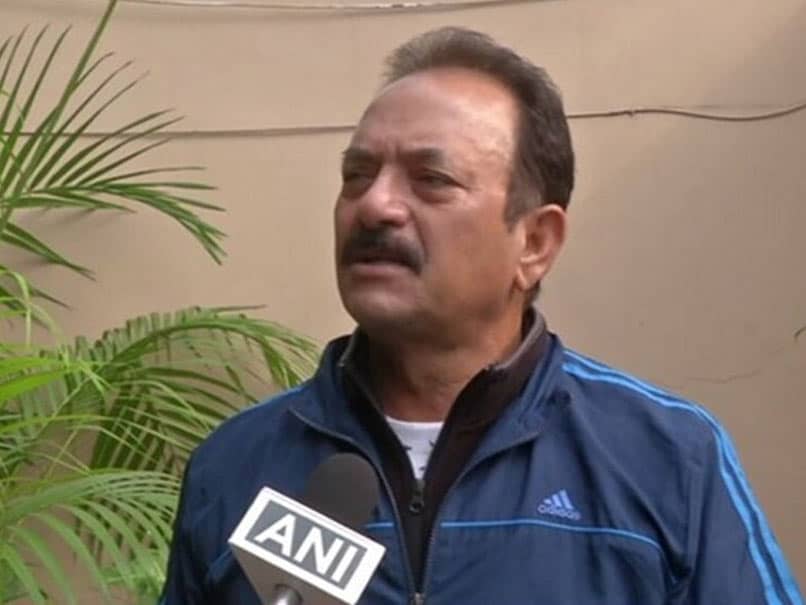 Madan Lal believes that the Indian team will get its new chief selector by the first week of March.© ANI

Newly-appointed Cricket Advisory Committee (CAC) member Madan Lal believes that the Indian team will get its new chief selector by the first week of March. The CAC comprising of Lal, RP Singh and Sulakshana Naik have been assigned to pick two new selectors as MSK Prasad and Gagan Khoda have finished their tenures. Speaking to IANS, Lal said that while there isn't any fixed date as to when the announcement of the two new selectors will be made, the former all-rounder expects the process to finish by March 1 or 2.

"We have got the list, we will now shortlist the candidates. The three of us will tally after that and decide on who all to call for the final round of interviews. We should be out with the new selectors by March 1 or 2 before the boys return from the New Zealand tour. We have to finish this off as the new selectors need to sit down and pick the squad for the ODI series against South Africa which starts on March 12," he said.

Asked if the trio have had any meeting so far in the matter, Lal said that they have just received the list of applicants and no meeting has taken place post that.

Former leg-spinner Laxman Sivaramakrishnan and former pacer Ajit Agarkar are the two names that are most likely to battle it out for the post of chief selector left vacant by Prasad.

While the rule says that the 'the senior most Test cap from among the members of the committee shall be appointed the chairman', BCCI President Sourav Ganguly earlier made it clear that the most capped Test cricketer would be the one heading the team of selectors. "It will be the one with the most Tests," he had said.

If that is the case, then Agarkar (26 Test matches) will beat Sivaramakrishnan (9 Tests) to the post. But Agarkar coming in will mean two selectors from the West (with Jatin Paranjpe already there in the panel) and Central Zone would go unrepresented because Khoda was representing the zone and his tenure is over.

The selectors who will continue are Sarandeep Singh (North), Devang Gandhi (East) and Paranjpe (West). The South Zone was being represented by Prasad and he, in all probability, will be replaced by Sivaramakrishnan even though Venkatesh Prasad's name is also in the list of applicants.

India Cricket Team Madan Lal Udhouram Sharma Ajit Agarkar New Zealand vs India, 2020 Cricket
Get the latest updates on IPL 2021, IPL Points Table , IPL Schedule 2021 , live score . Like us on Facebook or follow us on Twitter for more sports updates. You can also download the NDTV Cricket app for Android or iOS.